Another Visit to A Texas Detention Facility for Sen. Merkley

December 19, 2018
comment
Last weekend, Sen. Jeff Merkley (D-Ore.) made another trip to Texas, in an attempt to shine a light on the treatment of immigrant children and their families.

Merkley said in a press release that he stopped in Tornillo, Texas—the site of the largest of the child detention facilities. Merkley said the tent camp now holds 2,700 teenagers and has been expanded to hold up to 3,800. 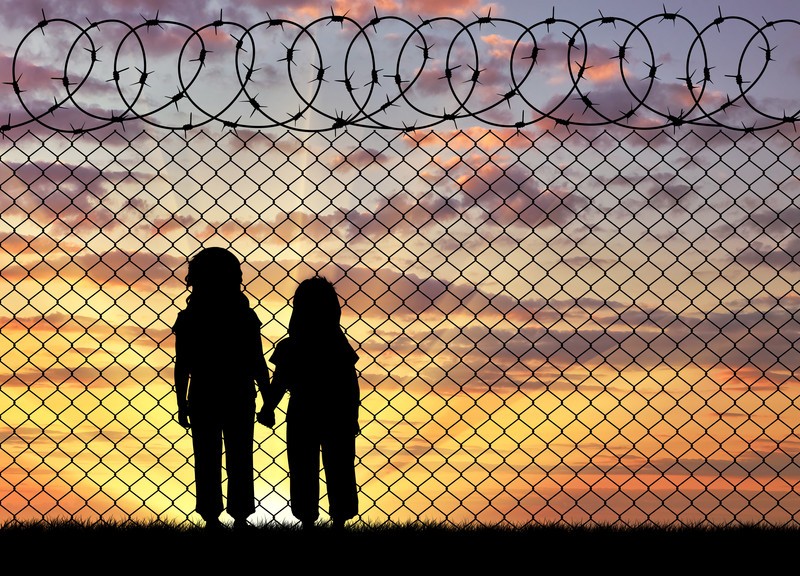 According to Merkley, the government is not supposed to hold any child over 20 days under the terms of the Flores Settlement—a 1997 agreement covering how minors in Immigration and Naturalization Service, now handled by the Department of Homeland Security and the Department of Health and Human Services are treated. Merkley said the director at Tornillo estimated that over 2,000 of the children have been there longer than 20 days.

According to blog written by Abbie Gruwell for the National Conference of State Legislatures, the Flores Agreement requires that minors in INS custody must be housed in facilities that meet certain standards for things like housing and care of dependent children. Also, the INS is required to place minors in the least restrictive setting appropriate to the child’s age and special needs.

Gruwell did note that in times of emergency or an influx of immigrants, the government has some leeway in the amount of time a child may be detained.

“The expanded definition of influx as 130 or more minors could be applied to large arrivals of unaccompanied minors and may impact facility standards and oversight,” she wrote. “Because many of the current detention facilities do not comply with the standards in the Flores settlement, the government must release children within 20 days, sometimes to a sponsor in the community or an alternative-to-detention program.”

Merkley said he tried to speak with some of the children housed at Tornillo, but Health and Human Services officials wouldn’t allow it.

“They don’t want us to know the details of their prison experience or trauma,” Merkley said in the release.

Merkley said he spoke to a woman named Patricia who’s been interned for nearly six months in a family camp in Dilley, Texas. Merkley said Patricia and her daughter fled Honduras after a drug gang molested her daughter as a penalty for missing an extortion payment from her beauty salon.

“Immigrants fleeing persecution should be treated with respect and dignity as they await asylum hearings, not victimized by Trump with the goal of deliberately inflicting trauma as part of a political strategy,” Merkley said.