Hi, Anxiety! and the Girl With the Draggin' Tattoo

Many people find it comforting to believe there's some benevolent force watching over those they love. You, on the other hand, favor a private detective with a fleet of drones who will also supply you with the video. 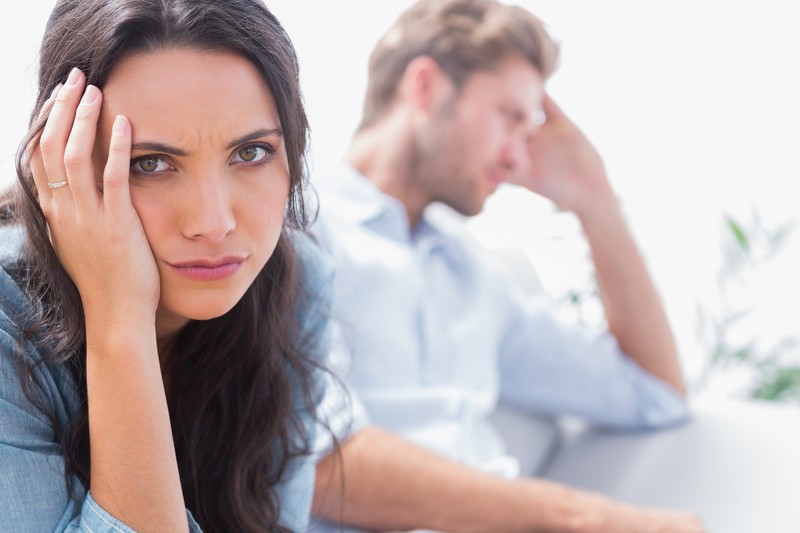 I'm a 29-year-old woman. My boyfriend of a year is a wonderful guy. I've always been a jealous person—very insecure about whether a guy really cares and is being faithful. I ruined my last relationship (with a nice, decent guy) by snooping in his email—finding nothing. I've started seeing a therapist, who tells me I am "anxiously attached." She's helping me work on this. My boyfriend suggested I also write you to see whether he could do anything to help.

Many people find it comforting to believe there's some benevolent force watching over those they love. You, on the other hand, favor a private detective with a fleet of drones who will also supply you with the video.

Your therapist's assessment that you're "anxiously attached" comes out of research on our "attachment behavioral system," our emotional framework that guides how secure or insecure we feel about our bonds with others. According to the late British psychiatrist John Bowlby, we each have internalized working models—basically, expectations from childhood experience (with genes also playing a role)—for how much we can count on others to stick by us and respond to our needs.

Being "anxiously attached" seems to result from your mom or other early caregiver being intermittently cold or otherwise inconsistently comforting. It typically leads to needy, clingy, hyper-vigilant behavior, driven by fears of rejection and abandonment.

Though the clingaramousness and Nancy Drew tactics of the anxiously attached can seem like ways of acting out, they're actually attempts to get a romantic partner to ramp up their level of commitment—or at least offer reassurance about their commitment.

Interestingly, it seems that the reassurance doesn't have to come in spoken-word form. Psychologist Brooke C. Feeney found that (in the context of a close relationship) "affectionate touch ... was an effective buffer against jealous feelings" for relationship partners at times when they were experiencing high levels of anxious attachment.

In Feeney's study, the "affectionate touch" just involved one partner putting his or her arm around the other's shoulder. But presumably, hugs, hair-petting, face-caressing, and other forms of affectionate touch from your boyfriend would also help with the jealousy—shrinking the green monster to something more gecko-sized.

Sending the message physically like this takes advantage of how, according to research in "embodied cognition," our body and actions—independent of conscious thought—are surprisingly powerful and efficient tools for changing our habitual emotional reactions. (See my "science-help" book, "Unf*ckology," for more on this.)

Best of all, being regularly cuddly-wuddly with one's partner isn't exactly an odious chore. It's surely preferable to the alternative—a relationship that feels like one long interrogation, though with better lighting and decorative accents from Bed, Bath, & I'd Better Not Catch Your Eyeballs Crawling Up My Sister.

The Girl With The Draggin' Tattoo

I'm a 38-year-old single man. There's this very pretty, very nice female trainer I see at my gym. I'd ask her out except that she has a huge tattoo of a diamond on her neck. Ugh. Total deal breaker. If it were a hidden tattoo (leg, hip, etc.), I'd deal. But I just can't imagine myself or any guy bringing a girl with a huge neck tat home to meet the parents. Why would a woman do this?

A tattoo is a flesh billboard—one that sends different messages to different people. For example, there are those tattoos Westerners get in Chinese, which are sometimes deeply profound ancient sayings, such as "Lost ticket pays full day rate for parking."

Tattoos are now more socially acceptable than ever. Three in 10 Americans have them, according to a 2015 Harris Poll. As for why, people often explain their tattoo or tattoos as a celebration or remembrance of something: "And there was my Everclear era in my early 20s—memorialized by this 'No regerts' tattoo."

However, evolutionary researcher Haley Dillon and her colleagues reviewed findings from cross-cultural research on tattooing and concluded that there are two main underlying motivations (subconscious evolved motivations) for people to go all human canvas. People get tats as symbols—interestingly, of either group membership or individuality or both. And they do it as a form of "costly signaling"—advertising to others that they are so crazy-healthy that they don't need to worry about the health risks (which include bacterial infection and death, a rare serious bummer).

Each of these underlying motivations is what's called a "fitness display," promoting a tattooee's excellence as a mate or cooperator, which should ultimately enhance their chances of reproductive success. Well, that's the idea, anyway. You happen to favor virgin neck, which can lead to some awkwardness in asking a woman out: "Hey, can I treat you to dinner sometime—followed by two years of laser tattoo removal?"

Free Will Astrology—Week of November 26

In a Week Focused on Gratitude, Supporting the Local Economy Should Play a Big Part