Oregon's beauty was created largely by the state's rocky past: thousands of years of volcanic eruptions, wildfires and numerous large earthquakes. Although those dangers seem to be very much in the past, many continue to be real dangers.

The Cascadia Subduction Zone is a constant threat to the area, and after a 2015 New Yorker article on the potential devastation an earthquake at the subduction zone could cause, the threat became very top-of-mind for many locals. 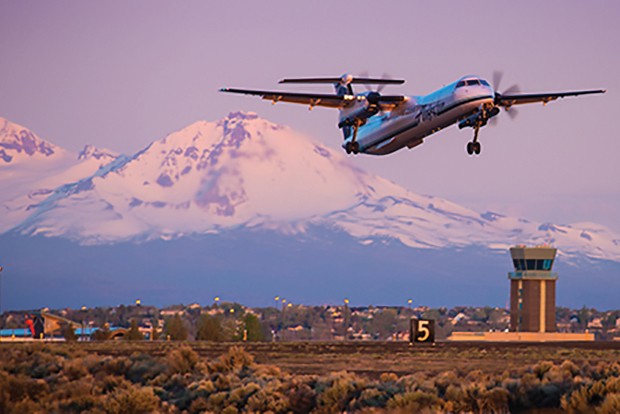 The Cascadia Subduction Zone is on the edge of the Juan de Fuca Plate (the plate that makes up North America), which is also what created the Cascade Mountains and all the volcanoes within the mountain range.

"The Cascades themselves are about 40 million years old, so this has been a volcanically active area for a long time," said Julie Donnelly-Nolan, a geologist with the United States Geological Survey. "Then if you just think really much more recently, the peaks that we see every day vary in age, but [are] somewhere from tens of thousands of years old to hundreds of thousands of years old."

At its highest, the Cascadia Subduction Zone has the potential to be significantly higher on the seismic scale than even the San Andreas Fault—and therefore much more devastating. Although the earthquake could potentially devastate the western side of the state, residents in the rest of Oregon could also be affected. 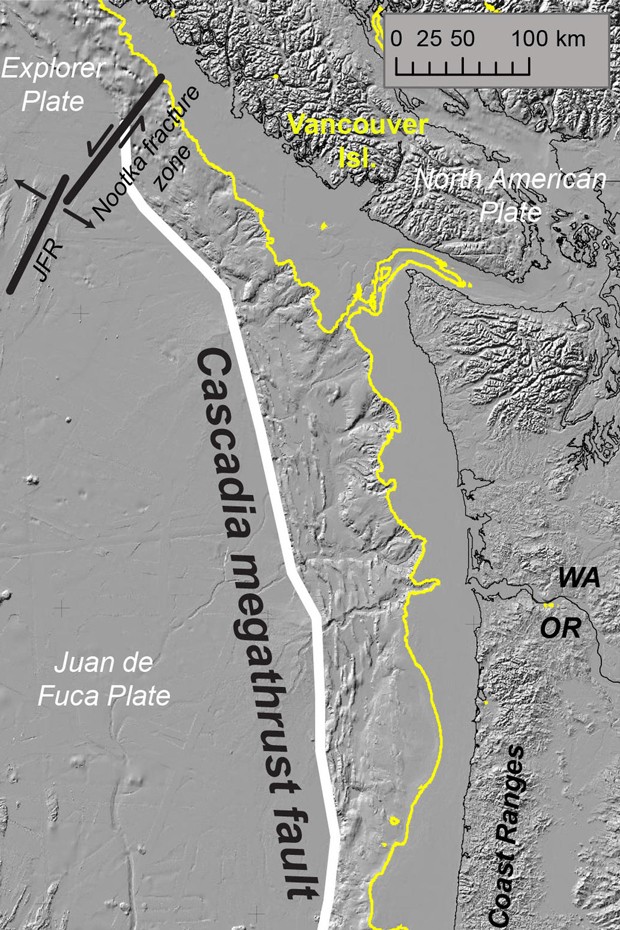 Number three on the latest Natural Hazards Mitigation Plan is a major earthquake on the Cascadia Subduction Zone (behind only a winter storm and wildfire). Although the fault is located off the Oregon and Washington coasts, it will affect Central Oregon is a significant way. The potential earthquake could put the region in the middle of the rescue operation.

The Willamette Valley is sitting on sediment, and if an earthquake hits, the highways may not be drivable. Because of this, the Redmond Municipal Airport may be the closest area not directly affected. The airport is being upgraded to be the command post for the state if the earthquake happens off the coast of Oregon.

A Cascadia Subduction Zone earthquake, "will be difficult to manage, even for us," Nathan Garibay, emergency manager with Deschutes County, explained. "We'll be proportionately much less directly affected, but our indirect effects will be significant."

In the event of a large earthquake at the Cascadia Subduction Zone, emergency management officials expect a loss of power for many days, at the very least, to the Western Interconnection power grid. tweet this

The Redmond Airport, also known as Roberts Field, was identified as an incident-support base by the state of Oregon and the Federal Emergency Management Agency several years ago, and Garibay calls it a "critical component" for the rescue effort.

"We've had several meetings with different stakeholders here with the city of Redmond and the airport and the county, state, federal agencies, FEMA and the military as far as how to best utilize Redmond airport and surrounding facilities so that clearly is on the radar and will very likely be, if not the most critical facilities in at least the initial response to Cascadia," he explained.

As part of the incident support base, the Redmond Airport will be used as a port of entry for emergency relief supplies and personnel coming into Oregon to help with the recovery during a major earthquake of the Cascadia Subduction Zone, which means it will receive federal assets and federal relief efforts.

"The concept of operations would be that these resources would be transported to Redmond by air, ground, maybe rail eventually, and organized using aircraft and eventually, hopefully, trucks once the mountain passes are open and the highway infrastructure is improved to the point where they can get into the [Willamette] Valley," Garibay said. "It would be transported into the Valley to start recovery efforts."

There will also potentially be thousands (or more) people fleeing the Willamette Valley after the earthquake, which would cause extra stress on Central Oregon and other parts of the state.

Current discussions include how to best utilize Redmond Airport and surrounding facilities in the case of a devastating earthquake, to make sure they are in compliance with best practices.

"We are coordinating with all the other agencies, either government, non-government or other entities that could be involved in an emergency response," Garibay added. "We're making those connections and building those relationships so that during a disaster or in the event of a major incident, that we've got some of those issues worked out and that the relationships are there to effectively manage and to respond and recover from a disaster or large scale incident."

In the event of a large earthquake at the Cascadia Subduction Zone, emergency management officials expect a loss of power for many days, at the very least, to the Western Interconnection power grid. Even though officials are preparing for a large-scale disaster, Garibay stresses it's up to citizens to understand that they will be living without the comforts of life they are used to.

Central Oregon will be an important aspect of supporting the emergency in the Valley, but "we get the majority of our commodities via the I-5 corridor," he said, which includes fuel. "Almost the entire state of Oregon gets all their fuel through a fuel hub in Portland that's not anticipated to survive the Cascadia earthquake, so getting things like fuel, supplies, groceries, power..." will not be possible for days, weeks or months.

The Cascadia Subduction Zone is just one of the many natural disasters Oregon has the potential to experience. There are numerous active volcanoes in the state, many which are past their eruption schedule, including South Sister, Mt. Hood and Newberry.

"Obviously we're very aware we live in a geologically relevant environment. All of our local mountains are volcanic in nature. We have fault lines that run through here," Garibay said. "We're obviously within the impact area of the Cascadia Subduction Zone. They're finding faults all the time. An example is the faults they discovered on Mount Hood and what that could potentially mean to the Mount Hood region and the Portland metro area, so we're very aware of the geologic hazards in our area, whether it's earthquakes or volcanoes."

Geologists are constantly working to study the region's earthquakes and volcanoes, but the one thing they cannot do is predict the timing. Donnelly-Nolan explained, "We can measure earthquakes as a result of strain built up in rock then eventually bricks and we can measure the amount of strain that's building up along the fault, so we have a pretty good idea about where along the fault an earthquake is most likely to occur. And we have a pretty good idea of how big it might be, but we have no way to predict when."

Geologists and emergency management officials both stress that the dangers in Oregon are very real, and instead of pretending it won't happen, we should be preparing.

"It's easier to go about your daily life and not think about that. We know these events will happen both for earthquakes and volcanoes, but we don't know when, and so there is tendency to just say 'well it won't be in my lifetime' and that may very well be true," Donnelly-Nolan explained. "We may never see an earthquake or a volcano in our lifetime in Oregon but both of those events will happen in the future so we should be prepared as individuals for any of those events. The point is also to build a culture of awareness, because they will happen in someone's lifetime, and if we all just pretend they're never going to happen then the people who live during the time when they do happen are going to be in much worse shape than if we just built a culture that's built into it."

Whether it's a volcano, an earthquake, or a wildfire, Oregon residents are more than willing to help each other out in traumatic situations and are planning for the worst.

"We have a moral obligation to do what we can to help our neighbors to the west so we're going to be balancing those activities," Garibay said. "It's trying to take care of our local citizens but also trying to support the response effort to the best we can until those activities can be taken over by other entities."