Navigating the adolescent years with your teen is tough. From friendships to school and social activities, discerning what's age-appropriate versus downright unsafe for your kids is difficult. Add to that the dangers associated with the internet and social media, and traversing the landscape of parenting an adolescent can seem downright impossible. Like it or not, social apps are here to stay—and kids are using them daily. You have no choice but to get familiar with what's out there, so you can monitor your teen or tween's use and keep them safe. 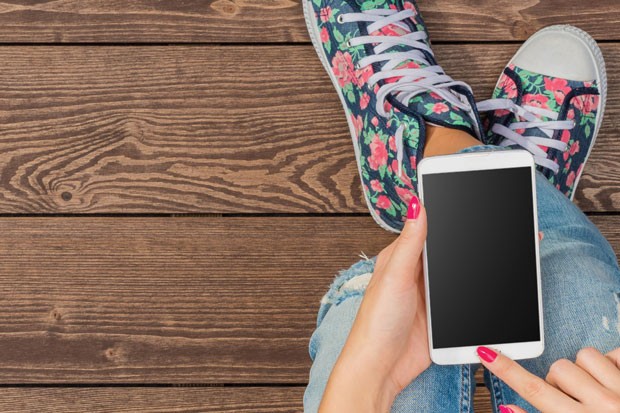 If you feel lost when it comes to which social apps are trending in the teenverse, you aren't alone. Not to worry, we've put together a list of the most popular apps for this age set.

4 social apps that teens and tweens use

A favorite among both tweens and teens, this app is used for sharing user-generated music videos. Kids can create videos, remix works by others and check out and comment on other users' uploads. Parents will be pleased to know that because of an FTC settlement, there's a section of the app designated for users under 13. It only allows them to view curated videos and they can't comment, search or post their videos. Bonus: their data isn't collected.

The reality is, this app only requires users to enter their birthdate to determine which section of the site they are on, so parents will need to monitor the account setup. But parents will be pleased to know that there is a Digital Well-Being setting that allows them to set a two-hour screen time limit and there is a restricted mode (password protected) that helps filter out inappropriate content. Setting accounts to private will keep unwanted users from seeing your kids' content.

One of the apps most feared by parents, Snapchat is used for messaging one another and sending photos to groups of friends. A favored feature among many is the self-destruct "snaps" (photos and videos that disappear a short time after being sent.) These can be saved permanently to either their memories (a Snapchat specific camera roll) or their "My Eyes Only" camera roll which is similar to memories but is password protected so only the user (not the parents) can see the photos.

Another feature parents should be aware of is the ability to post "stories" which can be either public or private. The public setting is viewable to anyone following an account. Additionally, Snapchat keeps kids engaged with the app with a game-like setting called Snapstreaks where kids send snaps to their friends daily in an effort to gain "points" or a friendship score. Many obsess over keeping their streaks going, which is a sign that the app is addictive.

One of the most concerning Snapchat features is the location services called the Snap Map which shows a map with Bitmojis of every user your child is following and their exact location. More importantly, your child's exact location is available to anyone following their account. There is a feature called ghost mode, which when enabled hides your child's location. This app should only be used with close parental supervision (which is nearly impossible to enforce).

You are likely no stranger to Instagram. One of the most popular social photo-sharing platforms, teens and tweens love this app because it lets them follow their friends as well as their favorite celebrities.

While adolescents love Instagram for its visual presence, they also use it for its DM (Direct Messaging) abilities. Many use it as an alternative to traditional texting apps that rely solely on data to function. Things parents should be aware of include inappropriate comments from strangers, disappearing messages (a feature much like Snapchat's) and the lack of age-verification process (though, the service says you must be 13). One of the latest improvements implemented by the folks at Instagram is the app will no longer show the number of likes each post receives. Although currently in the testing phase, this change may reduce the stigma that goes along with garnering fewer likes than others.

Your teens love it; you should be very aware of it. YouTube was created as a place to make and share videos. Many young people have done just that on this social network...even making them famous. Chances are your kiddos have their favorite YouTubers—and they may even have their own dreams of becoming YouTube famous.

Parents should be aware that there is extremely inappropriate content on YouTube that tweens and teens have access to. Additionally, if your child is creating content, other users can leave comments on their videos—and some commenters bully. The good news is that you can have your child make their account private or disable commenting. You should closely monitor your teen's use of this app.

New social media apps seem to pop up every day. Most have elements that make them unsafe for adolescents. Parents should monitor their children's phone and app use every day. Familiarize yourself with the ins and outs of the apps as well as ways photos can be hidden on a device. Most importantly, don't fall into the, "My kid would never do that" way of thinking. Teens and tweens are vulnerable, and you are their greatest ally when navigating the relatively new social media world.