April 1 is Census Day. Did You Make It Count?

An accurate population count brings in billions in federal funding to Oregon. And it only takes 10 minutes

April 01, 2020
comment
Every 10 years, the federal government embarks on a nationwide people-counting project. It started in 1790 and is required by the U.S. Constitution. 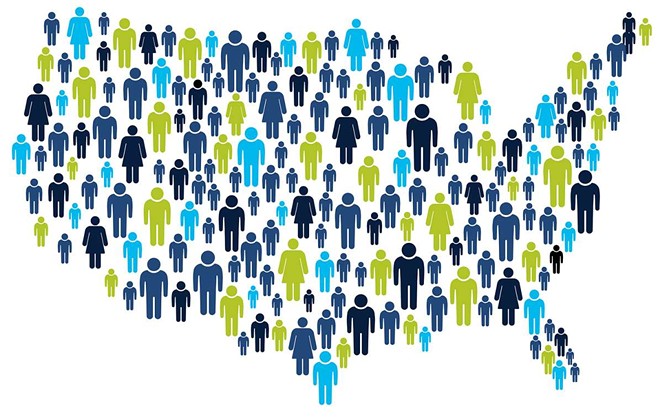 The year 2020 marks a breakthrough in technology and efficiency for the bureau: for the first time in history, people can respond to the Census anytime and anywhere: online, through the mail or on the phone. The agency was well prepared to deal with the challenges of social distancing required by the coronavirus crisis.

In 2010, the U.S. Census Bureau hired nearly a million people to travel door to door and collect information about family size, type of housing and race. This year, census takers would have been equipped with smart phones and tablets. They would have begun knocking on doors throughout the U.S. in May, visiting people in person who failed to “obey the law” and fill out the form by April 1, the official U.S. Census Day.

But the USCB’s door-to-door operations, like most things in the U.S., have come to a grinding halt as a result of the coronavirus. That’s why it is more important than ever to take 10 minutes and fill out the form online. Go to 2020Census.gov or call 1-844-330-2020. Also, check the mail. It is likely you received multiple letters with your census ID that will help the agency if you file using that number.

The census data is used to designate funds to each state based on its population. It also determines how states are represented in the U.S. Congress, and how the state draws lines for the state legislature and school districts.

Based on population estimates, Oregon is currently on track to gain a sixth congressional seat, as well as an additional vote in the electoral college, both based on census data.

But a huge challenge for the USCB throughout its 200 year history has been counting people who don't fit conventional molds: people who don't live in houses, or have many people within the same home, or live with two different parents or have immigrant status. Often it is people who struggle with poverty, racism and other forms of discrimination that haven't been counted in past decades. Both the bureau itself and hundreds of census advocate organizations across the country are trying to change this for the 2020 Census.

“Historically when the Census has been conducted, there are certain people who are missed,” said Rachel Haakenson, Director of Marketing & Communications for NeighborImpact. “These are called ‘hard to reach populations’ and include people who are homeless, the minority community, people with no address or phone number.”

Thousands of people in Central Oregon don’t have access to a computer or a stable internet connection, especially now that the libraries are closed and many public access hotspots for free Wifi have closed their doors to abide by social distancing orders.


NeighborImpact is one of dozens of “census assistance centers” around the state tasked with tracking down at-risk or under represented populations. This could include those living in rural areas, the LBGTQ community and the Latino community, Haakenson said. While the staff at NeighborImpact cannot legally fill out the census paperwork for other people, they can assist people in accessing technology, while finding creative ways to encourage participation.

“Our most powerful tool, our personal relationship [with NI clients] has been taken away, at least temporarily,” said Eric Flowers, the census outreach manager for NeighborImpact. “So we’re relying on social media, creating an awareness campaign. We’re gamifying this with raffles, give-a-ways, online bingo games, anything we can do....”


Over a 10-year period, every person that’s not counted could cost the state $35,000 or more. It also strengthens [Oregon’s] voice in Washington [D.C.]. We rely a lot on federal funding for roads, schools and hospitals. It benefits all Oregonians. - Eric Flowers, census outreach manager, NeighborImpact tweet this

The State of Oregon receives an estimated $13 to $15 billion a year in federal funding driven by the census count, Flowers said. This equals roughly $3,200 per person per year.

“Over a 10-year period, every person that’s not counted could cost the State $35,000 or more,” Flowers said. “It also strengthens [Oregon’s] voice in Washington [D.C.]. We rely a lot on federal funding for roads, schools and hospitals. It benefits all Oregonians.”

The count is used to determine funding for Medicaid, Medicare, the Supplemental Nutrition Assistance Program, SNAP for Women, Infants and Children and many other programs that may touch the lives of populations that struggle with issues of poverty.

While NeighborImpact originally intended to set up a census station in its lobby, with most of its staff working from home and the offices closed to clients, Flowers and other census assistance advocates around the state are brainstorming other ways to reach people. He is running social media campaigns, working with guests in the Bend Shelter, and plans to work through other established NeighborImpact channels like food banks and partner organizations.

He said many of NeighborImpact’s clients actually do have phones; for some, it is one of their few possessions. People can qualify for an Oregon Lifeline cell phone and data plan if they receive other forms of assistance like SNAP. This is one reason why using social media to promote the Census may be an effective way to reach people who don’t have an address.

“The message we’re really trying to get out is to let people know there’s really funding implications to not participating,” Flowers said. “Of course the current situation makes it harder for us. The very people who are least likely to take the Census are the ones most likely to benefit from it.”