With winter ahead, we examine whether cutting corners will lead to skidding out

Les Schwab says, "Winter tires are important for safe driving if you live somewhere that gets snow, ice, sleet or freezing rain and temperatures of 40 degrees or colder." 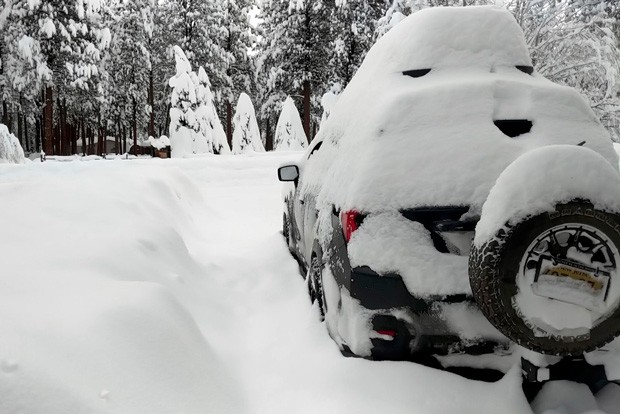 Bridgestone Tire informs, "The best way to be prepared for unpredictable winter roads is to install winter tires (also known as snow tires) on your vehicle."

If you ask any major tire company, they'll most likely suggest that failing to change out your tires as soon as the temperature drops could lead to serious, preventable accidents. The advice makes sense, seeing as winter tires are big business for tire companies in snow-prone towns.

But what about the type of winter tires that come with metal studs?

Benjamin Hunting, a contributor for the NAPA Auto Parts website, suggests that although studded tires are often "presented as the ultimate winter driving accessory," they may actually be overkill in most conditions. Of course, he predictably goes on to suggest that winter tires themselves are not overkill—in fact, they are (close to) essential.

Are studded tires really necessary, or are we simply buying into the hype? And will studs suffice, or is springing for an entirely new set of winter tires really the only way to prevent wintertime road hazards?

“Damage from studded tires cost Oregonians approximately $8.5 million a year because roadways required repaving earlier than they normally would be.”—Oregon Department of Transportation tweet this

The Oregon Department of Transportation suggests that those who choose to utilize studs— strong, bolt-like metal pieces that are imbedded directly into tires—may actually be compromising traction. Studs are designed for very specific road conditions (and specific tires), and can legally only be used from Nov. 1 to March 31 in Oregon. Being caught with studded tires before or after the designated dates is a Class C violation, and can result in a fine of up to $200. ODOT suggests that studs exclusively be used on icy roads. If roads are wet or covered in fresh snow, studs will likely do more harm than good. Interestingly, some of the coldest states—including Minnesota, Wisconsin, Illinois and Michigan—prohibit studded tires, according to tirebuyer.com.

"Research shows that studded tires are more effective than all-weather tires on icy roads, but are less effective in most other conditions because they may reduce traction between the road and the tire," the ODOT website reads. "Damage from studded tires cost Oregonians approximately $8.5 million a year because roadways required repaving earlier than they normally would." That damage typically comes in the way of pavement wear and rutted roadways—but not necessarily in the way of more potholes.

Kenny Harris, assistant manager at Gills Point S Tire in Bend, explained what he believes is behind the infamous local potholes—and it isn't the studs he recommends for rear-wheel drive vehicles. "In my opinion, potholes aren't due to studs. I believe it has to do with the massive log trucks with giant chains, and the school buses with 30 lb. chains... not those little studs." 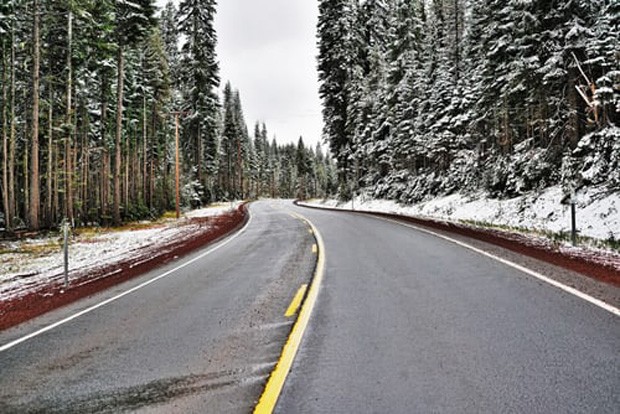 Harris weighed in on the studs-versus-snow-tires debate. "Obviously, preparing your car for winter is necessary, to an extent," he explained. "We get some bad weather." As far as what to do in preparation, "It depends on the vehicle. If you're driving a 4-wheel or an all-wheel drive, you'll be OK without studs. Subarus are an ideal vehicle for Bend."

As far as basic commuting, it is Harris' opinion that studs should be added to rear-wheel drive vehicles, but most other vehicles should be able to handle the terrain. "If you have a rear-wheel drive and no studs, you'll spin out." He stressed, however, that traveling long distances in winter will require more preparation—yes, even if you rock a Subie. "If you travel over the pass, you'll want studs over stud-less," he said. While studding for long-distance journeys is recommended, some larger vehicles should still be able to make the trip. "Any huge 4-wheeler, like a Toyota Tundra, should be OK."

For those who are unsure as to whether or not studs are necessary, they can check in with a local specialist. Studding is available for as low as $15/tire (though drivers will need to buy special studdable tires) while snow tires typically go for between $100-$400 apiece, depending on the make and model of the vehicle. People can remove studs themselves.

While cutting costs and cursing Californians may seem like the most reasonable option—especially if the upcoming winter is mild—it's important to exercise extreme caution, no matter how much experience one has driving in the snow.