Are We There Yet? | Local News | Bend | The Source Weekly - Bend, Oregon

Are We There Yet?

April 27, 2020
4 comments
Some areas in Oregon, including Deschutes County, may begin to reopen earlier than others.

Rural counties—particularly those with declining COVID-19-positive case numbers and a strong contingency plan—could start to open some retail businesses and restaurants in the coming weeks.

Gov. Kate Brown’s office is still finalizing the detailed requirements for phase one, but her office submitted a draft of the phases framework to the Deschutes County Board of Commissioners last week to use as they begin to make plans for the future. The commissioners met Friday and will meet again Wednesday to continue to plan their phase-one proposal.

Commissioner Tony DeBone said he imagines the county will have a “more mature” document ready before its commissioner meeting on Wednesday. He expects more guidance from the governor in the next two days, he said.

DeBone received dozens of phone calls and emails over the last few weeks from his constituents arguing both for and against reopening businesses in Deschutes County.

County Commissioner Phil Henderson could not be reached by press time, but he attended the "Town hall 2" rally in Redmond last Friday, according to video footage and reporting from Central Oregon Daily. The demonstrators want to reopen the Central Oregon economy as soon as possible, according to the event organizer, B.J Soper.

Henderson was not wearing a mask or gloves at the rally.

According to the Governor’s presentation, “Reopening Oregon: A Public Health Framework for Restarting Public Life and Business” (April 20) counties must demonstrate declining cases (and declining numbers of people with symptoms) before moving forward. The plan requires more testing, adequate surge capacity at the county’s hospital, a stockpile of personal protective equipment (and secure supply chains) and a robust contact tracing system. 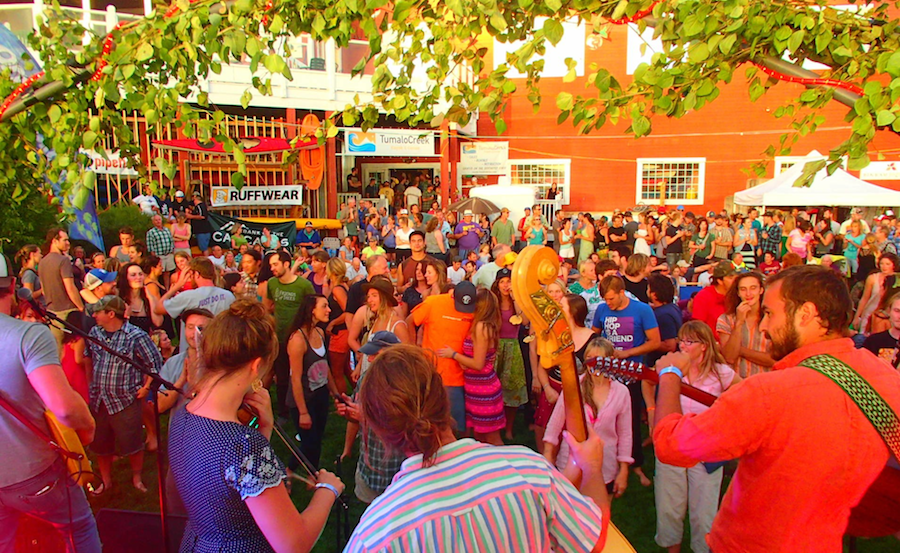 Deschutes County must also get a letter of recommendation from the CEO of St. Charles Health System, Joe Sluka, as well as a letter from Dr. George Conway, the health services director for Deschutes County Health Services. Finally, once the plan is in place, the commissioners have to affirm their support through a vote. This also certifies the county commissioners stand behind the county’s supply of PPE for local first responders.

Currently the county has nearly 40,000 surgical masks, 16,000 N95 respirators and 65,000 sets of gloves, as well as thousands of gowns, according to County Commissioner Patti Adair. The county also has 300 COVID-19 tests available to supplement the local supply, she said.

Deschutes County has 75 people reported as COVID-19-positive (as of April 27), the sixth-highest number of cases in Oregon. But over the past several weeks, the Oregon Health Authority reported no new cases for Deschutes County on a smattering of days.

“Numbers should be declining over the last 14 days before reopening,” Adair said. “But when we’re at zero for several days, you can’t get much lower than that.”

Adair said she's personally grateful for the fresh air and space in Deschutes County, a factor which she said could contribute to the county’s low case numbers. Like the other commissioners, she's advocating for an early opening in an attempt to mitigate some of the financial damages to businesses over the course of last month.

“Life has to be a balance,” she said. “There could be an epidemic of clinical depression after this pandemic. Look at the consumption of alcohol and marijuana... We have the third-highest unemployment numbers in the state.”

She pointed to a widely circulated study published last week by researchers at Stanford University which demonstrated the mortality rate for COVID-19 might be much lower than local public health experts currently estimate (around 3%). In the study, the authors used antibody test results for people in Santa Clara County, California. They showed that rates of infection were 50-85 times higher (yes times, not percent!) than the official count of cases released from the county health authority. Their conclusion was that the local death rate was 0.2%. (Some academics attacked the study for the high false-positive rate of antibody tests which they say negates the results. Others accused the authors of using the results to promote their own anti-lockdown agenda.)

Regardless, Deschutes County must double its testing capacity in order to get the Governor’s approval to move on to phase one of reopening, according to Conway. These tests would continue to identify active cases. St. Charles has no plans to provide antibody testing for now because the FDA hasn't approved many tests coming into the U.S., and the World Health Organization said it was too early to know if recovered COVID-19 patients are actually immune to the virus.

This week, testing in Deschutes County is on par with the national average of testing 1% of the population. The OHA reported 1,810 total tests for a county of 197,000 people.

Conway, who called into the Board of Commissioners meeting on Friday, said the county’s current testing capacity is around 300 a week, but needs to increase to 600 a week.

“I think we are on a trajectory to do that hopefully in the next couple of weeks,” he said.

The OHA is also recommending that each county increase its capacity for contact tracing. It recommends about 15 contact tracers per 100,000 residents, according to Heather Kaisner, program manager with Deschutes County Health Services. The county currently has six people engaged in contact tracing and the State could help contribute additional investigators in the future, Kaisner said at Friday’s meeting.

According to the Governor’s preliminary plans, counties could move into phases two and three after waiting 14 days between each phase and meeting additional criteria. Phase two may allow for gatherings of up to 50 people, recreational travel and reopening schools and gyms with physical distancing. Phase three would increase the size of mass gatherings, remove restrictions on workplaces, allow for more seating at restaurants and bars and allow visitors into nursing homes.

“We’ve been so fortunate,” Adair said. “Zero deaths on our side of the mountains. Look at countries that never shut down like Sweden... the eight states that didn’t shut down in the U.S. Look at the numbers. [These huge outbreaks appear] to happen where people are really congested.”