Are You an A-Fibber? | The Source Weekly - Bend, Oregon

Could you be an A-Fibber?

Apparently having run five Boston Marathons, one New York Marathon (2:37 in 1981...OK, so it was 38 years ago...), numerous road and trail races and even the very first Bend marathon (at age 50, 16 years ago) isn't enough to inoculate me from a recent diagnosis of atrial fibrillation, called AFib for short. 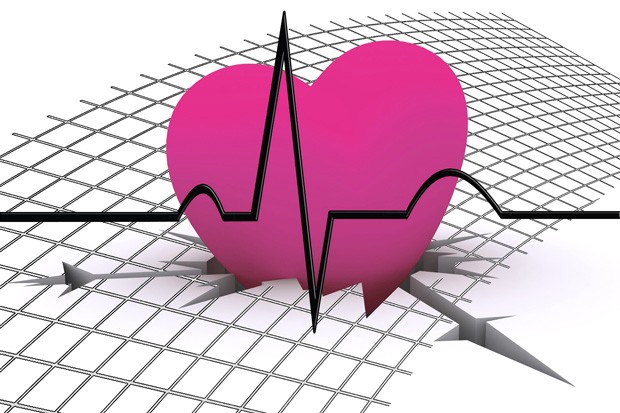 Turns out that lots of older people, not just endurance athletes (who like to go out and hammer) are being diagnosed with irregular heart rhythms that can cause heart palpitations, fatigue and shortness of breath.

And it's not just runners experiencing it. Cyclists, swimmers and other endurance athletes can also experience symptoms, and are either being diagnosed with AFib or, worse yet, aren't aware of the potential seriousness of their symptoms.

For the past two years, until this past July when I was diagnosed, I've suffered dizziness, low blood pressure and weakness in my extremities either during or immediately after running or road cycling. I thought it was everything from dehydration to poor conditioning to caffeine. (Yep, I'm really good at denial.) 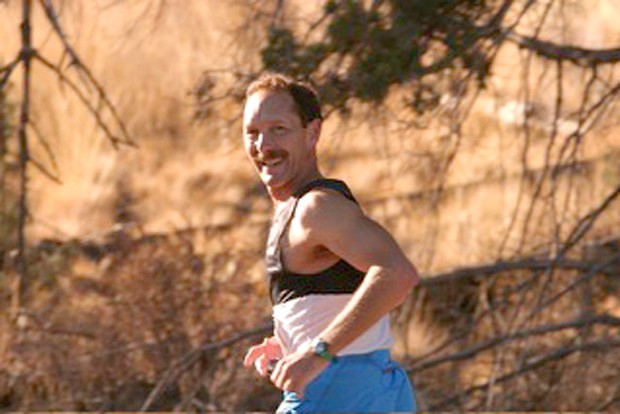 According to the Cleveland Clinic, atrial fibrillation is the most common heart rhythm abnormality. Between 2.7 and 6.1 million Americans are affected by AFib, according to the Centers for Disease Control and Prevention's Division for Heart Disease and Stroke Prevention, including less than 2% of people under age 65. And while it's often a mere annoyance, it is responsible for 15 to 20% of all strokes, according to the CDC. It can also be responsible for life-threatening medical emergencies that result in cardiac arrest and even sudden death.

According to a description from the American Heart Association: "Normally, your heart contracts and relaxes to a regular beat. In atrial fibrillation, the upper chambers of the heart (the atria) beat irregularly (quiver) instead of beating effectively to move blood into the ventricles. If a clot breaks off, enters the bloodstream and lodges in an artery leading to the brain, a stroke results."

This was not supposed to happen to we baby boomers. Back in the '70s it was generally believed that endurance activities would strengthen and protect our hearts as we aged.

“The diagnosis of atrial fibrillation has become more common in the world. Part of this is because people are living longer, the population is getting older and part of it is because our detection methods are becoming better.”—Dr. Nicholas Buss tweet this

Guess what, Bucko: that myth got busted years ago.

Dr. Nicholas Buss is an interventional cardiologist with the St. Charles Health System in Bend. He's seeing AFib cases on the rise.

"In general, the diagnosis of atrial fibrillation has become more common in the world. Part of this is because people are living longer, the population is getting older and part of it is because our detection methods are becoming better," said Buss.

AFib is not solely a condition brought on by exercise. "In the U.S. this is the most common arrhythmia in people over age 65—whether they are or are not an endurance athlete," he added.

Turns out that even healthy people, whether they exercise or not, can develop short bursts of atrial fibrillation when they are very sick. And here's another interesting factoid: AFib occurs more in women than in men.

"Again, irrespective of the endurance sport aspect, I see this more frequently in women than in men," said Buss.

But back to endurance athletes and the occurrence of AFib. Don't we have larger, stronger hearts with low resting heart rates that pump enormous amounts of blood to the muscles that need it?

Sure, we do—but Buss notes there are exceptions. "There are some people who do super endurance things; they have very low resting heart rates and the heart remodels itself in a way that potentially precipitates things like AFib."

So this "remodeling" of the heart is both a good thing—and potentially a bad thing. "Remodeling is a fancy way of saying that the heart restructures itself to be more efficient," added Buss.

The medical community is quick to say that our parents' genes play a critical role in determining the inherited health issues we may encounter. According to Buss, AFib is not one of those inherited issues with older folks.

"Some people advocate that there are inherited forms of AFib, but we would argue that, if it does happen, it's in people at a far younger age."

So should we aging baby boomers with AFib retire our nice soft Hoka shoes and switch to biking or swimming?

The benefits of lifelong exercising help aging athletes stay in tune with their bodies.

"The nice thing about athletes, in general, is that they're being active, as opposed to people who are inactive. Athletes are pretty tuned into when something is not quite right," said Buss.

Ah...that not-quite-right feeling. I know my body pretty well and, until recently, felt I could hammer through anything health-wise. Another myth busted.

"A good rule of thumb is that when you know what you are capable of doing in terms of physical activity, and you're developing symptoms that are atypical for you—shortness of breath, chest pain, lightheadedness at a time in your workout that you would otherwise not anticipate having any of those issues—that would be the time to bring it up to your primary doctor."

So should all athletes, especially older folks, buy and use wrist heart monitors to track their heart rate?

"There's been a lot of information recently out there about AFib and the Apple Watch. Sometimes I think these things can be information overload. But, if an athlete is wearing a heart monitor for training purposes, that's fine. But, in general, continuous monitoring to look for these things can push us to the other side, where someone is constantly worried, looking for something wrong."

Bottom line: If you're feeling "off," talk with your primary care physician.

"If something is going wrong, have a very low threshold to bring it up. As people age, we see more adverse vascular disease, strokes, heart attacks, high blood pressure and arrhythmia," said Buss.

The American Heart Association has a wealth of information and resources on AFib and other heart-related issues. Check it out at heart.org.