Andy Frasco & The U.N. aren't your typical jam band—and they'll tell you that. Frasco previously described the group as "a punk rock band for the jam scene" in an interview with the Live For Live Music website. If you read, watch or listen to any interview with Frasco, this sentiment will make total sense. He's blatantly himself and lets things fly. 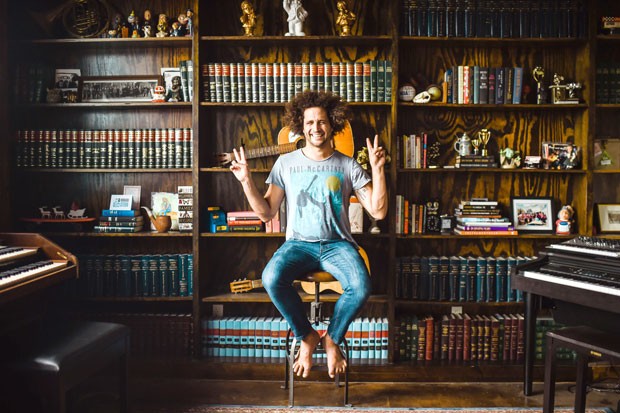 His podcast, "Andy Frasco's World Saving Podcast," is a good example. Frasco interviews artists, athletes and more in completely candid fashion. Fun game: I dare you to drink every time an F-bomb drops.

It's this sense of freedom and fun that makes Frasco and crew a perfect placement for the final Apres Ski Bash. Before the party takes place, learn a little more about Frasco and his sound with our


Where they're from: Formed in LA back in 2007, the band consists of seven members: Frasco with lead vocals and piano, Ernie Chang on saxophone, Shawn Eckles on vocals and guitar, Andee Avila on vocals and drums, Jelmer Olsman on bass, trumpeter Niels Kant and Arno Bakker on trombone and sousaphone.

What's to like: The feeling that Frasco and company are able to convey through their music is what makes their music so fun. On the band's latest album, "Change Of Pace," they channel a variety of emotions across the board, but are able to showcase them all in unique ways. The other thing that stands out is that you can basically hear the joy in Frasco's voice as he sings. It's abundantly clear that music is his greatest love.

For fans of: Twiddle, Big Something, Turkuaz

Random Internet Dig Fact: Frasco once woke up in a New Orleans parking lot wearing only Frosty The Snowman Boxers. This came after getting kicked out of the van for throwing up in it the night before. When he woke up, the van was gone and all of the other parking spots were full—all of them except for Frasco's, that is.