The frontwoman of rock band Dorothy packs a punch

Ever since the debut album "ROCKISDEAD" released in 2016, Dorothy has been providing music listeners with head-banging tunes, letting the masses know that rock is, in fact, not dead. 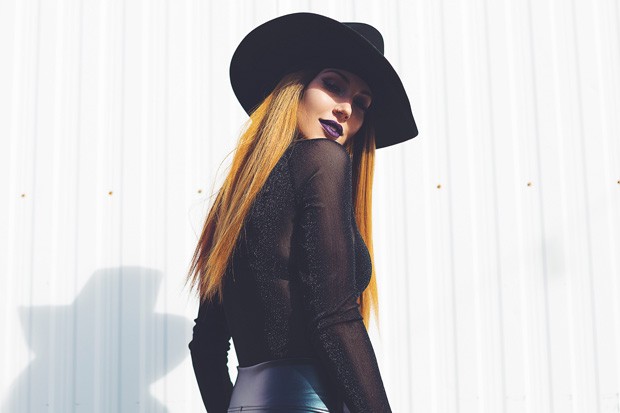 Fronted by Dorothy Martin, the band blew up on the scene when the album hit number five on Billboard's Hard Rock Albums chart. Both "Raise Hell" and "Dark Nights" made it to the Top 40. It would make sense as to why Jay-Z saw promise in Dorothy, signing the band to his label, Roc Nation. To quote Jay-Z's lyrics, "I'm not a businessman—I'm a BUSINESS, man."

What really makes the band stand out is Martin being such a vocal powerhouse. Before the band takes The Domino Room stage, learn a bit more about Martin and what makes her sing in this Artist Fact Sheet.

Where she's from: Born in Budapest but raised in San Diego, Martin has been singing since she was a kid, eventually deciding to chase her musical dreams in Los Angeles. It was definitely not a bad call; Rolling Stone named her band one of the 50 best new artists in 2014 and Martin and co. haven't stopped rockin' since.

What's to like: The grit, rawness and power in Martin's voice is what truly makes her one of the decade's most talented artists. She isn't afraid to be vulnerable, sharing some of her most personal struggles in songs. The band surrounds Martin with an epic display of rock music that absolutely bangs.

Songs to start with: "Raise Hell," "Flawless," "We Are STAARS," "Wicked Ones"

For fans of: Halestorm, Shinedown, K.Flay

Random Internet Dig Fact: One of Martin's favorite movies of all time is "Labyrinth," starring David Bowie. Some other movies she enjoys are "Gremlins," "Critters" and 2015's "Ex Machina."