While on tour, Gregory Alan Isakov will request index cards on his rider. He challenges himself to fill up at least one index card a day as a way to keep his writing skills sharp while facing the lack of down time that the road brings musicians. Once you listen to his music, this wouldn't seem surprising: Isakov's writing skills are what help him stand out and make his songs special.

His most recent album, 2018's Grammy-nominated "Evening Machines," is a full blast of imagery sent by the natural world. Isakov not only spends most of his time in nature, but he listens to it as well. On the cover he stands in the middle of the field, looking ahead into the distance. This album is a little more stripped back and ethereal than some of Isakov's past works, but for the most part his music carries this soothing Americana quality that is pleasant to the ear. 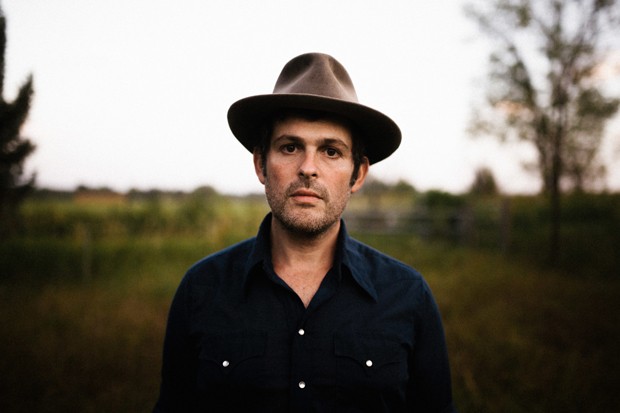 Luckily for Central Oregon, Isakov will bring his talents to the Tower Theatre next week. Learn more about the accomplished singer/songwriter in this Artist Fact Sheet.

Where he's from: Isakov was born in Johannesburg, South Africa. His family migrated to Philadephia, Pennsylvania, in the mid-'80s. He currently calls Boulder, Colorado, his home. When Isakov isn't touring or making music, you'll more than likely find him managing his 6-acre farm, a community supported agriculture venture that provides produce to local restaurants and also to the farm's Community CSA members. Isakov first became interested in horticulture during high school in Philadelphia and now it plays a huge part in his life.

What's to Like: A wide range of instrumentation and melodies bolster Isakov's work, and the singer/songwriter went so far as to even collaborate with the Colorado Symphony to recreate some of his songs in a special project released in 2016. The full Symphony actually joined him on tour to perform the reimagined songs. Isakov's voice fits perfectly in between the layers of sound he curates while recording, as his tone is perfectly built for the atmospheric type songs he creates. Isakov sings with a warmth that is haunting in the best way possible, and he writes songs that when read without music come off as pure poetry. Any fans of Americana or alternative folk music will find a lot of bliss in Isakov's works.

For fans of: Lord Huron, The Lumineers, Caamp.

Random Internet Dig Fact: Isakov is a well-known vegetarian. So, it might seem weird that he once let a burger chain use his song "Big Black Car" in a commercial. But Isakov flipped the script on them, choosing to donate his proceeds to sustainable farming groups. We like to call that taking down Big Burger from the inside.