Ukulele shredder brings his world-class act to the Tower

Everyone loves some ukulele jams—but not everyone has heard a uke go as hard as Jake Shimabukuro's. Having played for 38 years, the Hawaiian-born star has made a career by taking the ukulele to the next level—and then the one after that. 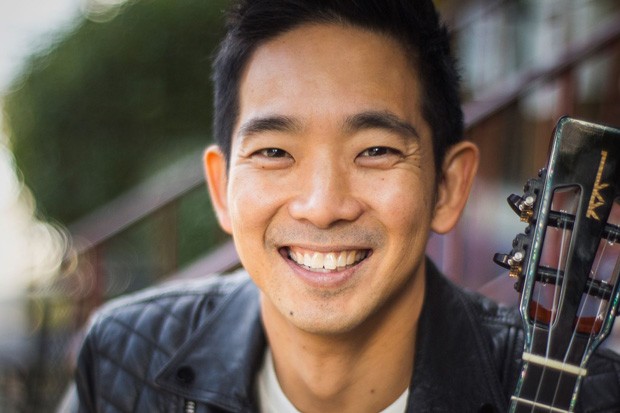 Shimabukuro is slated to play the Tower Theatre on Oct. 9, and you'd be wise to check out that special experience. Get a little more acquainted with the virtuoso in this Artist Fact Sheet.

Where he's from: Shimabukuro grew up in Honolulu, where he began playing and learning the ukulele at age 4 from his mom, Carol. He was able to kick off a touring career in 2005 from a viral video on YouTube where Shimabukuro was filmed playing "While My Guitar Gently Weeps" in Central Park.

What's to like: For someone known for his skills on the ukulele, Shimabukuro is able to greatly extend the boundaries of the stringed instrument. From his originals to covers, the 42-year-old master finds new ways to create sound in each recording and performance. The man can straight up shred a uke!

Songs to start with: "The Greatest Day," "Blue Haiku," "I'll Be There" and his live performance of "Breakdown" with Jack Johnson is essential.

Random Internet Dig Fact: Shimabukuro's first instrument was a Kamaka ukulele that was originally his mother's as a teenager. It's what they both started out on, and Kamakas are what he still plays to this day.