The Irishman brings his well-rounded abilities to Bend

Keith Harkin is the type of artist whose blend of rock music is able to appease a lot of different people. So even if you weren't familiar with his tunes before reading this article, I'd say his show at The Domino Room is definitely worth checking out. 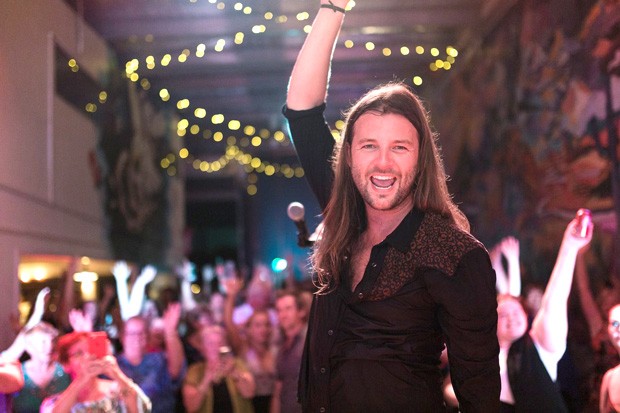 His latest album, "10 Years Later," just released this month and is rather exceptional. You can basically hear how much fun Harkin is having through each song, even when he begins to get sentimental. Having been on a world tour since January that started in Australia, Harkin is now roaming North America in his van hitting plenty of cities on the way.

Learn more about Harkin with this Artist Fact Sheet.

Where he's from: Originally from Derry City, Ireland, Harkin currently hangs his hat in Los Angeles and has been playing music for the last 15 years. Formerly a member of the famous Irish singing group Celtic Thunder, Harkin moved on to a solo project in 2016.

What's to like: Harkin has a golden voice. The way his Irish roots and accent come through really add to the experience of listening to a Keith Harkin song. Harkin also has the ability to switch gears—he can tone things down for some of his more singer/songwriter works and then he can really ramp it up when need be—and don't be surprised when he sneaks up on you with that falsetto.

For fans of: Byrne and Kelly, The Wood Brothers, Trampled by Turtles

Random Internet Dig Fact: Harkin set out on a Christmas House Tour in 2017, where the concerts were actually held right in some of his biggest fans' houses. In this way Harkin was able to take it back to his earlier days of performing at house parties.