Last year was a big year for Madison Cunningham—all things considered. The singer/songwriter was nominated for Best American Album at the 2019 Grammy Awards for her work on "Who Are You Now," which tackles the progress of a young adult making their way from home. And if you can believe it, her year going into 2020 was supposed to be even bigger than that. Prior to the pandemic, Cunningham was set to go on a headlining tour with Verve Forecast labelmate Mandy Moore. She was also going to open for Harry Styles (yes, that Harry Styles) in Madison Square Garden. But as we all know, things were shut down for the foreseeable future.

Through that disappointment, though, came the reflective "Broken Harvest," a song that takes a look at loss and how it is intertwined in our lives. And now she's ready to hit the road again. This year Cunningham will be going on her own tour with support from S.G. Goodman. She'll also be lending support to Bahamas in the fall. Fortunately for us in Central Oregon, Sisters Folk Festival was able to get Cunningham to stop at Sisters Art Works as part of its summer lineup of music for a show with Steve Poltz. In my opinion, it's going to be one of the highlights of summer shows. 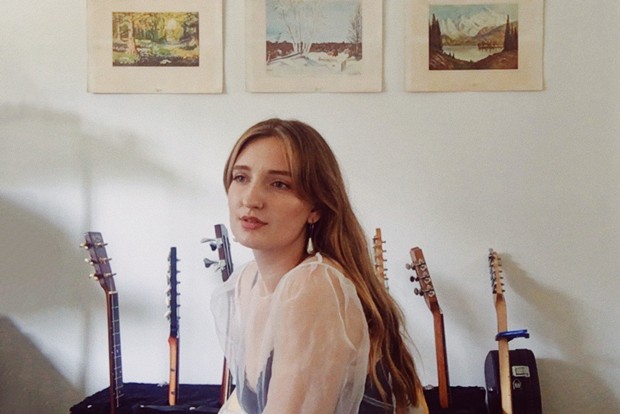 Learn more about Cunningham below with this Artist Fact Sheet.

Where she's from: Cunningham hails from Orange County, California, which is where she picked up her love for music by playing alongside her father in a praise band at Calvary Chapel. By 15 she was already working on her own material and began exploring the powers of her voice.

What's to Like: If you like folk rock, then you will absolutely dig Cunningham's style. She paints great pictures in-between her honey-like melodies, while laying down these striking guitar riffs. And at the drop of a hat Cunningham's voice will stretch to lengths you didn't know she had in her arsenal—a good example of this is during the last quarter of "Song In My Head," a perfectly titled track for the fact that it will indeed be stuck in your head after listening. Cunningham never goes too poppy, but man does she know how to write a good song.