Funky times are ahead at the Les Schwab Amphitheater, as Trombone Shorty & Orleans Avenue come to Bend July 5 to get the summer popping. 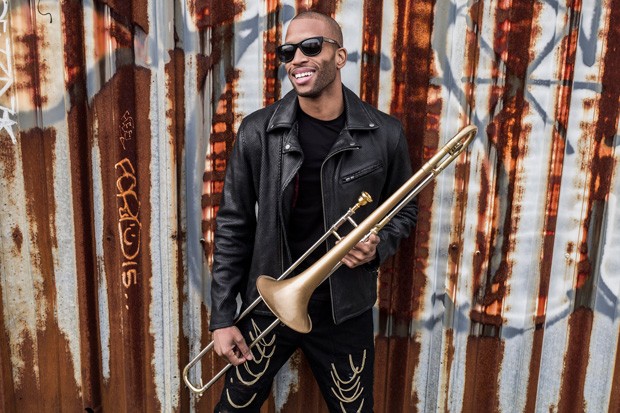 In New Orleans, and Louisiana in general, music is a part of the culture that flows as freely as air. On two separate occasions during interviews this year, artists have mentioned their time there as a critical influence for their latest projects. If you're looking to get close to that feeling without actually being in New Orleans, then a performance from Troy Andrews and company might be the closest you'll get.

The man they call Trombone Shorty has been making music since he was literally a toddler. Since those early days, Andrews has become a well-known musician, multi-instrumentalist, producer, rapper and actor. He's really an artist in every sense of the word.

Learn more about the Grammy-nominated artist before he and the crew from Orleans Avenue arrive in Bend with this Artist Fact Sheet.

Where he's from: New Orleans, baby! Andrews has been playing in festivals and parades since he was 4 years old. He was even a band leader by the age of 6.

What's to like about the music: Andrews combines a little jazz, soul, blues, hip-hop and rock all together to form a sound that's undeniably fun. He describes it as "Supafunkrock." Seeing the energy between Andrews and Orleans Avenue on stage is about as electric as it can get.

Songs to start with: "Here Come the Girls," "Long Weekend," "You and I (Outta This Place)" and "Unc" – a song on which Andrews plays every instrument.

For fans of: Rebirth Brass Band, The Roots, Raphael Saadiq

Random internet dig fact: Andrews is the author of a children's book, a five-time performer at The White House and also an actor. Most recently he voiced the adults in the 2015 "Peanuts" movie, using nothing but his trombone to create the classic "wah-wah" stylings of classic adult Peanuts conversations.