It could be safe to say that Jeanette Small is an artist of the world. Born in Moldova, Small and her family fled the country as asylum seekers after the collapse of the Soviet Union. By the time she was 18, she had lived in three different countries with three very different political and social systems. This unique experience is often captured in her work, exploring the various dimensions of the human experience in abstract visuals. 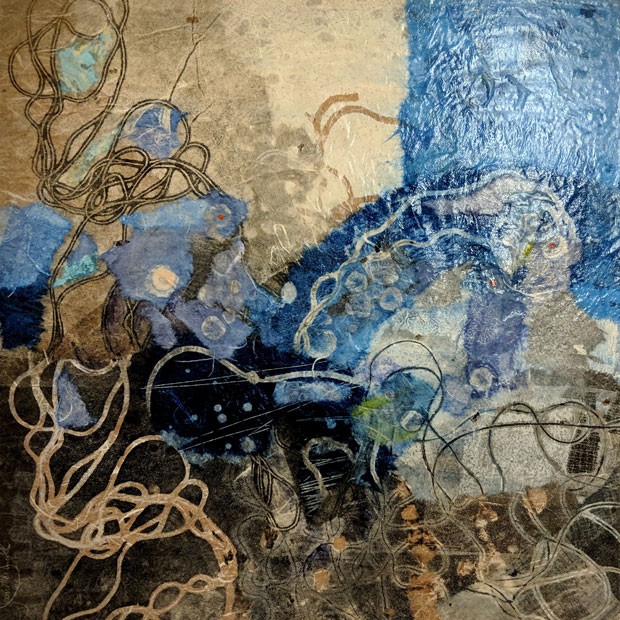 When she was 17, Small moved to San Francisco, Calif., to be closer to her father. It was then that she enrolled in the public arts high school, Ruth Asawa San Francisco School of The Arts, and her love for art began to flourish. While she would continuously study art while in school, she would eventually go on to earn a degree in psychology, citing the need to make a conservative choice in order to feel stable financially. Art would never leave her, and when she and her family landed in Bend in 2013, it started to take a bigger role in her life.

It was then that Small found the Bend Art Center and a new medium to explore: printmaking. Small had primarily focused on painting in the past, and this new process allowed her to expand her breadth of work.

"I learned even more techniques that have opened doors and opened my eyes to things I didn't know I could do that way," she says.

Small's work is often rich with story and emotion. She works in series, often focusing on an idea that intrigues her and that she can explore deeper. In her past "Hive" series she explored the hive nature of humanity and how we like to think of ourselves as individuals and yet act more like a hive than we are willing to admit. The soft and romantic images contained layers of color and renderings of woman, bees, hives and cathedrals. In a new series, she's exploring the atmosphere by working with symmetry in unexpected ways.

Small calls herself an over-thinker. But rather, I would suggest that she is a connecter in the way artists can be: bringing together multiple ideas to find a crossover, a connection between us all in beautiful, nourishing and profound ways, showing us new perspectives from a variety of angles.