This pandemic summer, most live music on the scene has been brought by local musicians. Many artists decided to take things into their own hands when it came to shows, whether in person or through live streams—much of which was due to the High Desert Music Collective's passion for the scene.

When conversations first started back in January, the team behind HDMC had no idea a pandemic was on the way. But the newly formed group forged ahead to create opportunities to help artists sustain themselves, while also giving locals more access to music and musicians. 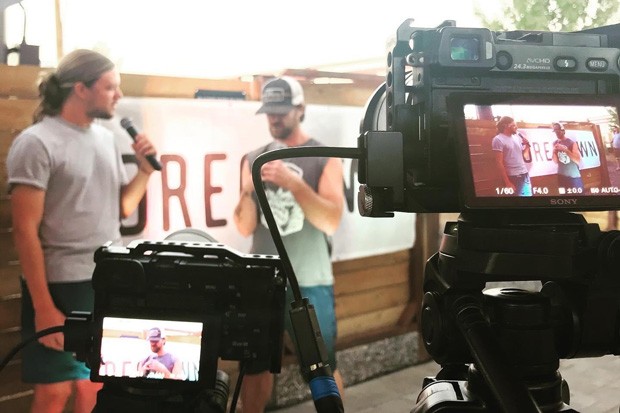 "I'm grateful to be working with such great people. We have accomplished a lot in just these last six weeks," says Utter.

Now HDMC has begun to roll out its membership program, meant to serve both fans and artists. Two types of memberships are available: Founding Artist or Community Member.

The Community Member membership is for music fans in Central Oregon who want to continue to support the scene. Members not only gain special access to future HDMC projects, like interviews or taped sessions, but also earn discounts at different businesses when flashing their HDMC card. Community Members' perks right now include a $20 gift card to El Sancho, 10% off at Oregrown, $2 off six-packs at Silver Moon Brewing and $1 off any purchase at Riff Cold Brewed. And Utter says there's more to come.

"We're continually adding to the package," he says.

Founding Artist members receive the same perks as Community Members and are eligible to win recording package giveaways and other bonuses. Founding Artists will also be given opportunities to perform at shows and voice their thoughts on where HDMC should head in the future.

"For all of our founding artists, I want them to not only support what we're already doing, but to voice what they want to see us do," Utter tells the Source. "We want to maintain the integrity of this being an artist first community and organization."

Both memberships run at $100 a year or $10 a month. Utter says they already have 12 founding artists and a few community members.

Utter says eventually the team wants to roll out a system that helps connect music lovers and musicians. Fans who are members will earn access to info on artists and eventually will be able to see artist schedules and potentially book them for house shows.

"We want to build out being the nexus for house shows. This is one of the things Community Members get. They get access to our website, for interviews, band pages, booking for house shows," explains Utter. "We want to facilitate giving artists opportunities during the winter. And we may not be able to provide indoor opportunities. We don't know yet."

While people have been able to rely on the outside for music shows this summer, the winter will bring challenges—both weather and pandemic-wise. So this plan not only allows concerts to continue, it also creates work for musicians and bands. Everybody wins.

Still, Utter says the current situation is forcing them to move faster than they thought possible.

"It's more like seven steps at a time at this point," laughs Utter.

The High Desert Music Collective meets the first Tuesday of every month on the Silver Moon patio, and is open to all. Those interested in becoming a HDMC member can go to highdesertmusiccollective.com to register.