As they return to touring, some musical acts are making moves to sound the alarm, and even make their tours more sustainable

In the current climate of political and corporate greenwashing, it's hard to gauge the sincerity, let alone feasibility, of the Music Climate Pact.

Announced recently with considerable fanfare, the MCP is a declaration of intent by the Big Three major labels (Sony Music Entertainment, Universal Music Group, Warner Music Group) to reach net-zero greenhouse gas emissions by 2050. Of course, a lot can happen — or not happen —between now and then, so it remains to be seen whether the record industry will make good on that pledge.

In the meantime, a number of artists have already begun taking steps to reduce touring's carbon footprint on their own. The highest-profile among them is Coldplay, who declared back in 2019 that the band would not tour again until "concerts are environmentally beneficial." 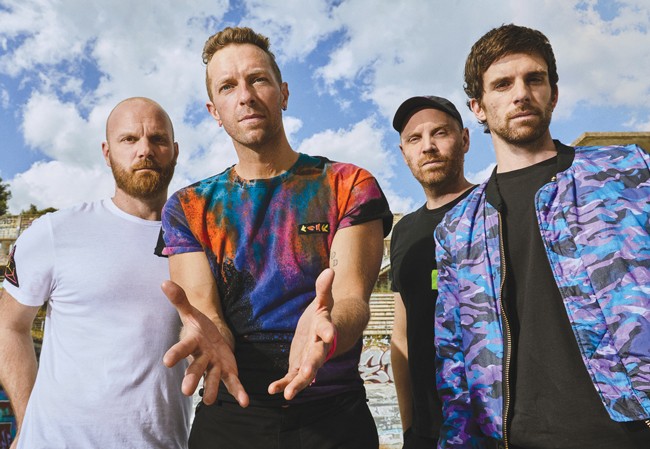 Last October, the mega-platinum pop act ended its moratorium, announcing a 2022 tour that's designed to cut CO2 emissions by 50% compared to their 2016-2017 tour.

The 46-date world stadium tour will include "kinetic floors'' that harness the energy of fans jumping up and down on them, the planting of a tree for each ticket sold, and building stages made out of recycled metal and bamboo.

Fellow Brits Massive Attack, meanwhile, is planning its own 2022 tour, this one applying the principles of a 2019 Manchester University study that the trip-hop pioneers commissioned to explore ways for bands — and the music industry as a whole — to reduce their negative impact on the environment. The challenge, said band co-founder Robert Del Naja, is to take concrete steps rather than "pledges, promises and greenwashing headlines."

“I stoke the fire of a giant machine, spitting out emissions as I go. There is a lot I don’t know.” —Lorde tweet this

We shall see. In the meantime, more and more musicians from around the world have been sounding the environmental alarm through their songs, a practice that dates back to the 1927 Mississippi River Flood that left more than a half-million homeless and was commemorated by Bessie Smith's "Backwater Blues" and Blind Lemon Jefferson's "Rising High Water Blues."

Five decades later, Gil Scott-Heron would record "We Almost Lost Detroit," about the meltdown of a nuclear power plant 30 miles outside the city. Randy Newman's "Burn On," Spirit's "Nature's Way," and R.E.M.'s "Cuyahoga" were all inspired by the polluted Cleveland river that burst into flames back in 1969. And then there's Bob Dylan's "A Hard Rain's A-Gonna Fall," Mos Def's "New World Water," Marvin Gaye's "Mercy Mercy Me (The Ecology)," The Pixies' "Monkey Gone to Heaven," and pretty much anything by Pete Seeger.

Cut to present-day New Orleans, where Alynda Mariposa Segarra — the self-described "nature punk" who records and performs under the name Hurray for the Riff Raff — has released "Life on Earth," which has already been hailed by "Uncut" magazine as the first great album of 2022. 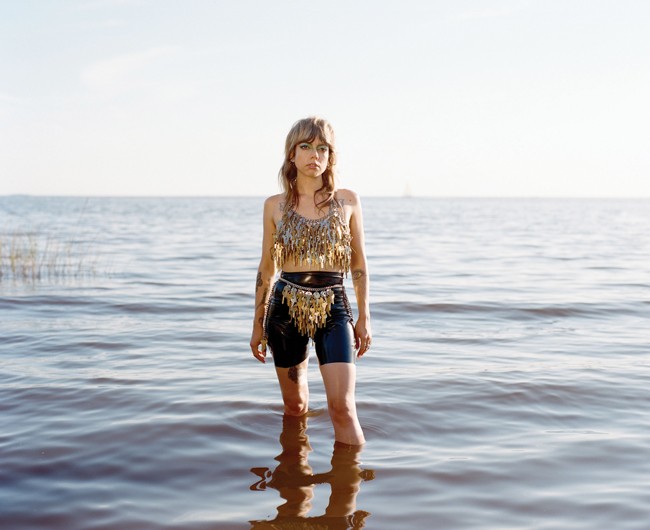 "Everything I have is gone, I don't know what it'll take to carry on," she sings on the album's first single "Rhododendron," which would not sound out of place on a mixtape between Courtney Barnett and Lou Reed.

"We're hit with hurricanes every year," Segarra told "The Guardian," "yet plant life is thriving. It was very comforting to look at these living beings and be like: 'I don't know how to survive this. How the f*** do you survive this?'"

Gojira are also environmental activists who've raised money for causes ranging from The Coalition of Indigenous Peoples of Brazil to the Sea Shepherd Conservation Society, a nonprofit dedicated to "securing justice for the sea." The latter organization, which has made a reputation with its direct actions against whaling ships, expressed its gratitude to the band by renaming one of its biodiesel-fueled vessels the MV Gojira.

Canada, meanwhile, is home to The Weather Station, aka Tamara Lindeman, a former child actor whose 2021 album, "Ignorance," combines chamber-folk introspection, metronomic beats and environmental grief. Lindeman began writing the songs on the album after reading an essay by environmentalist Bill McKibben, which was published at the height of 2018's California wildfires.

"Thinking I should get all this dying off my mind," Lindeman sings on one track. "I should really know better than to read the headlines."

Down in Colombia, the electronic cumbia duo Bomba Estéreo has followed up on its single, "Déjame Respirar," which translates to "Let Me Breathe," with "Deja," a 13-track concept album about the environment that's divided into four sections: water, air, earth and fire. Released last September, the album was recorded at a coastal home studio, with the sound of nearby monkeys, birds and waves appearing throughout. Guest vocalists on "Deja" include Afro-Cuban duo Okan, Mexican songwriter Leonel Garcia, Nigerian singer Yemi Alade and Santa Marta shaman Manuel Nieves, who reminds us that "On this Earth, our obligation is to maintain Mom Nature."

And then there's Lorde, the New Zealand singer-songwriter who is about to embark on a 43-date tour to promote her third album, "Solar Power," which she described in an online post as "a celebration of the natural world, an attempt at immortalizing the deep, transcendent feelings I have when I'm outdoors."

Lorde recorded "Solar Power" after a five-day trip through Antarctica. But in spite of its title and origins, she insists the album is not her big climate change record, a promise borne out by singles like "Stoned at the Nail Salon" and a title track that celebrates selfies on the beach and being like a prettier Jesus.

"I'm not a climate activist, I'm a pop star," Lorde told one interviewer. "I stoke the fire of a giant machine, spitting out emissions as I go. There is a lot I don't know."

Which brings us, finally, to Australia's Midnight Oil, who famously took the stage at the 2000 Olympics' closing ceremony in Sydney and, before a stadium of 115,000 people and a global television audience of billions more, launched into "Beds Are Burning," an impossibly catchy, stridently political anthem about giving back the land appropriated from Australia's indigenous population.

In the two decades since, the group has been relatively quiet, in large part due to frontman Peter Garrett's responsibilities as a Member of the House of Representatives and subsequently Minister for the Environment, Heritage and the Arts. But three months ago, Midnight Oil released the video for a new song, "Rising Seas," which opens with images of oil rigs, wildfires and a Youth For Climate march.

"Every child put down your toys, and come inside to sleep," sings Garrett. "We have to look you in the eye and say we sold you cheap." It's easy to be cynical about music's power to impact society.

John Lennon's "Give Peace a Chance" wasn't responsible for ending the Vietnam War, the No Nukes concerts of the '70s didn't shut down nuclear power plants, Billie Holiday's "Strange Fruit" didn't put an end to Southern racism. But there's still the real possibility that an artist's work can, over time, shape people's attitudes and beliefs. And if not, at least they tried.