The neural tentacles of your habit will weaken, as will the clutches of your compulsion

Quarantine's been weighing on me, and I've been making a lot of unnecessary purchases. I know I need to stop wasting money, but I just keep ordering thing after thing. How can I get that satisfaction from buying something without actually buying it? 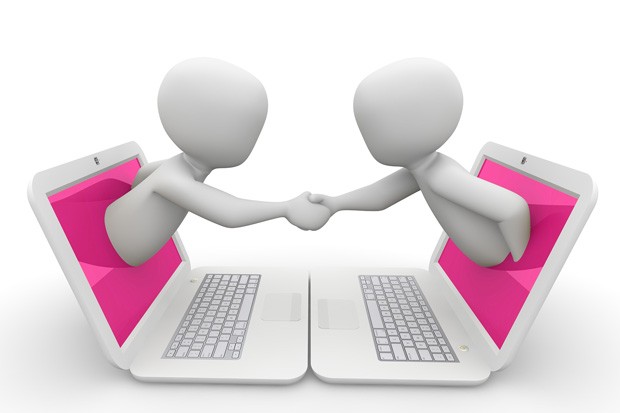 We humans are ever-failing self-disciplinarians, two-legged weasels talking ourselves into things we know we shouldn't do. For example, there's that saying, "Everything happens for a reason." No, the fact that those $800 shoes are now $465 does not count as a reason.

Unfortunately, the more you behave badly, the more disposed you are to keep behaving badly — that is, to develop a habit of behaving badly. Habits are born on a microscopic level, through what might be called a conspiracy of brain cells. Typically, any action you take requires the triggering of thousands of these tiny cells, called neurons. They fire off electric signals to other neurons, ultimately messaging your body to get it to act.

Because even lifting your finger to pick your nose requires a massive army of neurons, the brain is an energy hog, guzzling more energy than any other organ. Evolution, on the other hand, is big on thrift, so it's implemented energy efficiency measures that sometimes lead you to behave in counterproductive ways.

Whenever you repeat a behavior, retriggering the same army of brain cells, chemical changes occur that effectively wire these cellular troops together into a sort of collective action pack. This puts you on automatic, so, for example, on day two in the Airbnb, you don't have to search for the light switch or figure out how the dimmer works; you just unthinkingly hit the switch and crank the dimmer. The more you repeat a behavior, the more automatic it becomes. You basically go into robozombie habit mode — mental autopilot — with nary a consult with your Department of Reasoning, which, in fact, gets shut out entirely from the process.

Obviously, there are good autobehaviors and bad autobehaviors, but behavior you robotically repeat despite adverse consequences (such as becoming a tent-dweller with fabulous shoes) is "compulsive." Neuropsychiatry researcher Judy Luigjes and her colleagues define compulsivity as repeatedly feeling compelled to perform an act (and being unable to stop oneself) while at the same time "being aware" that the act conflicts with one's "overall goals."

Compulsive shopping is often motivated by a longing to escape uncomfortable emotions, for example, anxiety or stress. It has similarities with addiction disorders, observes behavioral economist Shahram Heshmat, such as a "buyer's high," a rush of excitement when purchasing an item. However, the relief from emotional discomfort is quickly replaced by guilt and remorse for the irresponsible spending, which can fuel a "vicious cycle": the need for "another 'fix,' purchasing something else."

To break the cycle, you need to "protect long-term goals from short-term consumption decisions," Heshmat explains. This starts with recognizing your triggers: uncomfortable "negative" emotions like feeling hungry, angry, lonely, or anxious, which make you more likely to fling the future out the window to get that quick-fix buyer's high.

Remind yourself regularly that uncomfortable feelings will not kill you. They're also temporary. Make a pact with yourself that when you feel the urge to shop, you'll instead acknowledge the underlying feelings you're escaping, tell yourself you can handle a bit of feel-bad, and then do what you can to feel better, like calling up a friend. In case you get their voicemail, come up with other healthy diversions like taking a walk or streaming a trashy action flick.

Of course, what you can't see or click on, you can't buy. Stay off shopping websites, and wipe them from your computer by clearing your cache, cookies, and history. You might also prepare to padlock your phone in a box and set a timer for a day, or at least several hours.

To arm yourself with positive motivations to counter negative feelings, prepare to reset your emotional clock from the uncomfortable "now" to the exciting possible future. Stock up mental pictures of the benefits of behaving in financially responsible ways, like a snapshot of you and your friends enjoying drinks at a beautiful condo you buy with your savings.

In time, as you stop responding to bad feelings by click-shopping your way to bankruptcy, the neural tentacles of your habit will weaken, as will the clutches of your compulsion. You might also work up a little compassion for yourself for having it in the first place. Technology has made our lives vastly easier, but it's also given us countless new ways to mess them up. Back in 1347, people were freaked about the bubonic plague, just like we are at the 'rona, but they simply didn't have the option of getting drunk at 2 a.m. and sending off a carrier pigeon with an ill-advised order for obscenely pricey shoes.