Austin Brown loves Bend. While he spends a lot of time in L.A. now, chasing his passions, his hometown and state remain special to him. This much is reflected in his music. 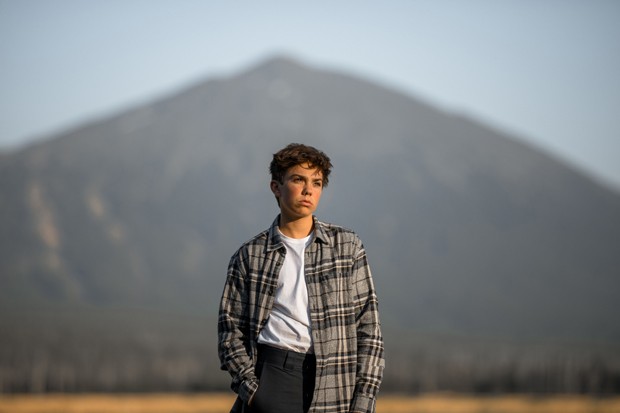 "I think just the whole culture—in Bend especially—Oregon in general, is just very laid back. It's just relaxing, carefree. You do your work, but it's mostly about having fun," says Brown. "I think that's influenced my music a lot. I try not to be so harsh, and you've gotta look on the bright side of things."

While Brown now has a promising shot at a career in music, most of his early years involved an unknown problem with his hearing. Ever the music lover, that didn't stop him from humming along or trying to sing to any song on the radio (much to his siblings' dismay). Through a parent-teacher conference, the family discovered Brown had a hearing issue; later learning that the tubes in his ears weren't fully opened. Brown had to get surgery, with what turned out to be a very successful outcome.

"I came out of the surgery and my mom was checking in as I was just waking up. They were whispering I guess, but I was, like, 'why are you guys yelling right now?'"

Brown, whose stage name is AUSTN, released "Chapter 1: In Betweenin'" May 17. This marks the young singer's first full-length project. Aside from three early singles, it could very well be the first stepping stone in a successful career.

"It feels pretty good. As you might know I don't have a lot of music out, so it's pretty cool to put out a good chunk of music that I've been like keeping behind closed doors for a while," Brown says of the EP. "I'm excited for everyone to listen to it and pick out their favorite songs."

“I’m honestly way more nervous [for Bend] than for a show that’s probably going to be a little bit bigger in North Carolina – because I know I’m going to know everyone in the crowd.”—Austin Brown tweet this

Brown's two favorites on the project are "In Betweenin,'" an absolute summertime bop, and "Wait for You." Brown is very proud of that one, since he handled all the writing himself.

For only being 16, the material throughout the EP is pretty personal—a brave move for someone still experiencing a lot of firsts in life and his career.

"I like to go in not really thinking about worries or stresses. I like to just go in with an open mind and not worry about opening up too much. Because the things you feel most vulnerable about in writing, are the things that people connect to," Brown says.

AUSTN's songwriting style is unique for a pop singer. He talks about emotions and relationships in a way that's straight forward and quirky – similar to one of his current idols and best songwriters in the industry, Julia Michaels. Some other influences he mentions include Jack Johnson, Sam Smith and Adele, all great writers and vocalists.

Brown is now gearing up to come back to Bend for an EP release party in his hometown. Many of his family and friends already have tickets.

"I'm honestly way more nervous [for Bend] than for a show that's probably going to be a little bit bigger in North Carolina – because I know I'm going to know everyone in the crowd," Brown tells me. "It's going to be scary, but I think as usual, like, when I'd do open mics, once I get into the first song it's just fun from there. I'm excited to finally, like, perform my own songs that I've written."

Even with his new residence, Brown says he tries to come back to Bend as often as he can, saying surfing at the Whitewater park and cliff jumping at Steelhead Falls are some of his favorite activities here. Now that school's out, Brown says he plans to make Bend more of the home station—at least for the summer.

"When I'm not doing school or work, I'm just sitting here wishing I was in Bend," Brown says. "I think living in LA has given me a different appreciation for my hometown and how crazy beautiful it is."