Masa Empanadas puts a modern twist on a traditional recipe

The story of Masa Empanadas is a case of one thing leading to another and everything coming together all at the same time. The first plotline involves a young Argentinian leaving the family farm to pursue his dreams of dance. That's what Emanuel Columbo did back in 2010. His dreams led him to Lima, Peru, and then to the United States, studying, training, dancing, performing all along the way. Columbo did indeed become a professional dancer.

Another storyline is Columbo's passion for food and his penchant for making the traditional empanadas of his childhood all the while infusing them with his own creative style. "You guys gotta sell these!" would be the exclamation anytime anyone would eat one of his empanadas, according to his husband and now business partner Roland Bello. "Emanuel makes amazing empanadas. The recipe is very authentic and they really do stand out," says Bello. 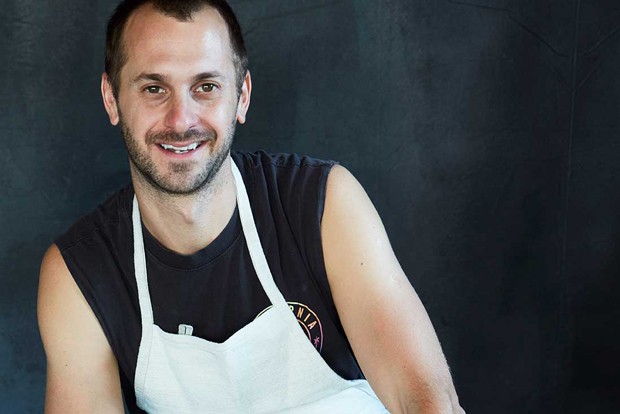 The next twist in the story: the COVID-19 pandemic. Columbo's dance career was immediately put on hold. He and Bello were stopped in their tracks and found themselves with time to really think about a lot of things; life things such as getting out of the cost-prohibitive Bay area even though they loved it there and about perhaps starting a business instead of just toying with the idea of one. There was also time for Columbo to play around in the kitchen, continuing to perfect those delicious empanadas.

The plot thickened when the couple visited friends in Bend and then had the thought (as so many of us have had) of why not Bend? Bend could be where they relocated their lives and started some kind of new venture even if they didn't know yet exactly what that might look like. Just for fun, they looked at some houses and again, just for fun, they put an offer on one of them. Of course, they ended up buying it, but Bello says, "It happened pretty spontaneously."

While the idea of making empanadas to sell had come up during this time of transition, there was not time to dig into it yet. There was a house that needed six months' worth of renovations for one thing. Before you know it though, the house was done and the ideas in the backs of their minds were moving to the forefront; all the while the pandemic continued to hamper life as everyone knew it. The question they asked themselves was, "Why don't we go ahead and do something?" The answer they came up with was, "Everyone needs food regardless of pandemics." Voila! Masa Empanadas was born.

As of this writing, Masa Empanadas has been offering their two mouthwatering vegetarian choices, mushroom and goat cheese and plant-based meat, for a little over a month. They're made in small batches with all organic ingredients and sold fully cooked and frozen and simply have to be reheated in a hot oven before serving. Orders are accepted Monday through Thursday to be picked up Friday or Saturday of the same week at 1929 Vicksburg Ave. in Bend. The response so far during their soft launch has been tremendous, according to Bello.

"We are vegetarian and it's an important part of our lives. It's important for us to show people that they can enjoy food that's been around forever, that's traditional on every other front, yet it brings with it all the benefits of being plant-based food. If we make a tiny step toward helping the world, that's where our heart is. It's about contributing as much as it's about making a living," states Bello.

Bello, who is a professional photographer, now handles the marketing/branding and business end of the new food company so that Columbo can concentrate on making empanadas. Their next focus is the Northwest Crossing Farmer's Market and Bello explains that they're getting all their ducks in a row for that. "It will be really wonderful to be able to sell the empanadas ready to eat and to be right in front of people that are eating them and see their reactions."

This story doesn't really have an ending as it seems to be just beginning, at least the Masa Empanada chapter of it. Bello and Columbo are still dreaming and imagining a Masa Empanada food truck in the future, along with a mass takeover of the empanada world!