"This is Indian food made with love and praise—divine food."

That's how Anita Chopra describes what's happening at her new food cart in Bend. Anita's Kitchen opened a few months ago and so far, according to owner Chopra, there has been a "really good" response to her gourmet Indian food, as she refers to it. 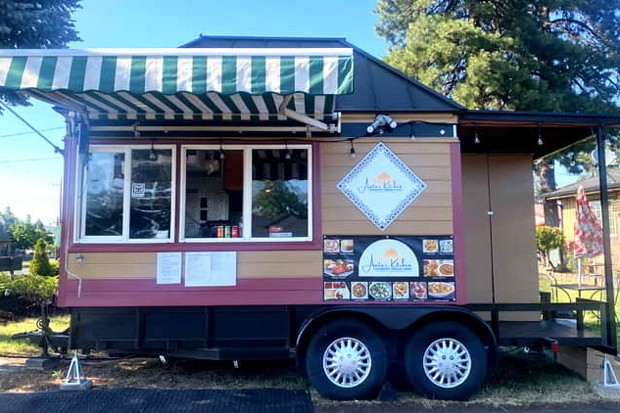 Indian food has a long history, and Chopra has been preparing her family's favorite Indian dishes her entire life. With her children grown and off to college, she realized she was missing feeding people.

"I want to be busy now and nobody is at home right now," she says. Chopra goes on to explain how her food cart was born. "There was no one to love and cook for at home and I love to cook and feed people, and I wanted more interaction with people."

Since Chopra and her husband own Cascade Lodge and the property the motel sits on at 420 SE 3rd Street, she figured parking a food cart on the premises just made sense. While the main cooking is done at Bend's busy commissary kitchen, Prep, Chopra is preparing and serving food inside her cozy cart on 3rd Street six days a week.

Fresh ingredients, robust flavors and mouthwatering fragrances are the mantra at Anita's Kitchen. Classics such as Butter Chicken are already immensely popular with Chopra's regular customers. The dish, as the legend goes, was created late at night for a VIP guest at an Old Delhi restaurant with what the chef had on hand—leftover chicken, liberal amounts of butter, tomato and garam masala (a blend of ground spices which varies regionally throughout India).

Chopra says other menu favorites include her Masala Chai tea, Lamb Curry, Dal Makhani (black lentils cooked in butter and spices), among others. You'll also find the traditional Tandoori Chicken on the menu—which is chicken marinated in yogurt and spices and roasted in a clay oven known as a tandoor. 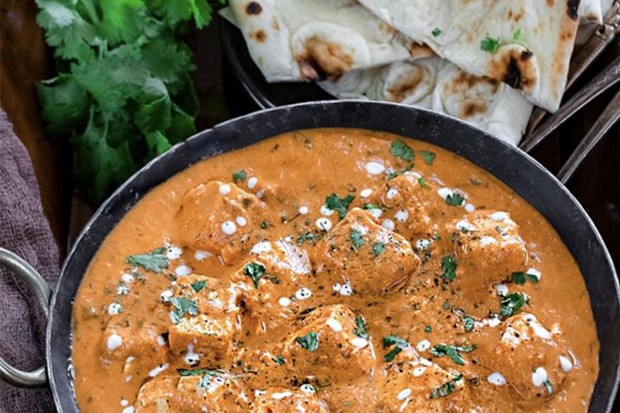 Other choices at Anita's Kitchen include Samosas, one of India's most famous snacks, as well as Channa Bhatura, chickpeas and fried Indian bread. She also serves Gobi Aloo, which is cauliflower and potatoes cooked in spices, and Palak Paneer, a dish made with spinach and the Indian cheese paneer. Every main dish at Anita's includes a naan, the Indian white bread baked with flour, or basmati rice on the side. Diners can top off the meal with Gulab Famun, fried dough balls soaked in sugar syrup.

For something to sip alongside that delicious lunch or dinner, beverage options include a salty or sweet Lassi, which is yogurt blended with water with a choice of either salt or sugar, and Shikanji, a fresh lemonade mixed with various salts and peppers. There's also the perfectly spiced chai tea.

For now, she's not thinking beyond the current venture. "I have no other plans other than what I'm doing at the cart at this time—at least not yet," she says.

Anita's Kitchen is open six days a week from 11am to 8pm. They're closed on Tuesdays. You can order ahead by phone or from the website and pick up the food at the cart or get it delivered through Door Dash. There is also outdoor seating.

If you're already familiar with Indian food, you'll enjoy Anita's delicious homemade take on traditional dishes. If you're new to Indian cuisine, her food is a wonderful entry into the world of Indian spices, flavors and techniques.