Local literary series back for a seventh season 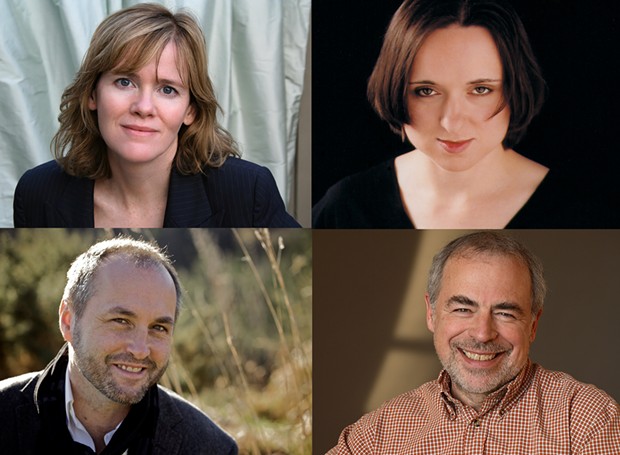 Semple, who kicks off the series on Oct. 5, started out writing for television shows such as "90210" and "Mad About You" before writing her New York Times bestselling novel "Where'd You Go, Bernadette" in 2012. A film adaptation of the comedic novel is set to come out next year.

Vowell, a non-fiction author and contributing editor to the radio program and podcast "This American Life," is also a New York Times bestselling author of seven books on American history and culture.

Dublin-born McCann, a contributor to The New Yorker, The New York Times Magazine and other national publications, won the National Book Award for his novel "Let the Great World Spin" and is currently adapting it into a screenplay.

Russo, known for his Pulitzer Prize winning novel "Empire Falls" (which was adapted into an HBO mini-series in 2005), has authored seven other novels—most recently "Everybody's Fool" and "That Old Cape Magic."

The first two Author! Author! events of the season will be held at Bend High School auditorium with the following events to be held at Bend's Riverhouse on the Deschutes.

Series tickets go on sale Friday, Aug. 24 on the Deschutes Public Library Foundation's website and individual tickets will be made available on Sept. 21.