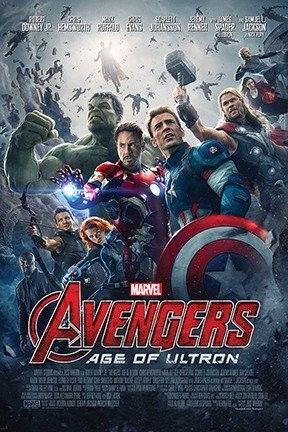 The time is now! The film every nerd has been waiting for since the closing credits of the first Avengers. This adventure has Cap, Iron Man, Hulk, Thor, Black Widow and Hawkeye teaming up with the Scarlet Witch and Quicksilver to take on one of Tony's inventions gone wrong, Ultron. With Ultron being a somewhat sympathetic villain, expect some deep moral ambiguity from your favorite cinematic superhero team as well as Hulk smashing things in a way that makes you giggle.

Avengers: Age of Ultron 3D is not showing in any theaters in the area.