Lulu Garcia-Navarro aims to share how the U.S. is viewed by other countries and cultures 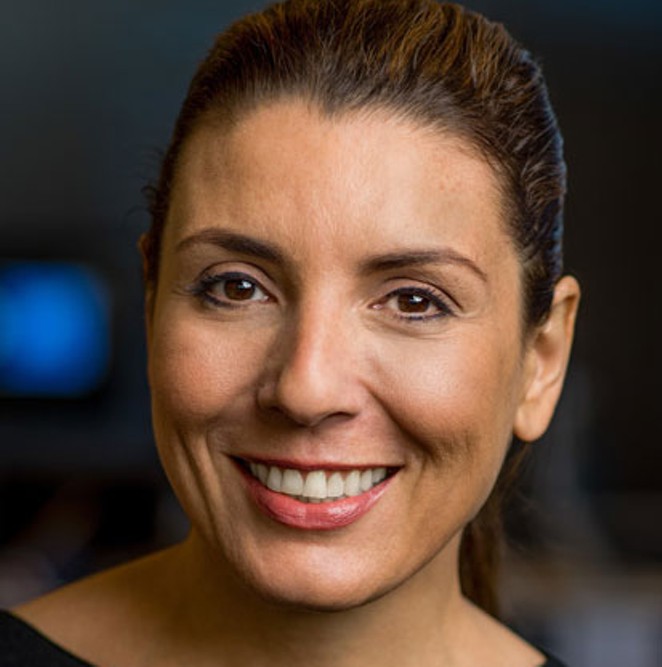 Central Oregon Community College's Nancy R. Chandler Visiting Scholar Program brings a variety of speakers to the Central Oregon community, all with diverse perspectives and expertise.Up next in the series is journalist Lulu Garcia-Navarro, who will present "America—A Global Perspective."

"We've hosted some great journalists over the years and this year we are particularly fortunate to be hosting NPR's esteemed Lulu Garcia-Navarro," says Charlotte Gilbride, Program Coordinator at COCC. "The response to her visit has been great and it should be a very interesting and informative program."

Garcia-Navarro is currently the host of National Public Radio's "Weekend Edition Sundays," and at the time of her hire in 2017 it made her the first Latina to host a newsmagazine program for NPR. Before she became a host on "Weekend Edition," Garcia-Navarro worked for NPR as a correspondent in Brazil, Iraq, Mexico and Israel. She's someone who has been in the thick of many heated political and cultural moments—including being one of the first reporters to enter Libya during the Arab Spring uprising in 2011. Her NPR staff profile even jokes that she's made a name for herself around the IT department for losing laptops to "bullets, hurricanes, and bomb blasts."

As a fellow journalist (albeit one who operates in a much different capacity), it's exciting to know someone with Garcia-Navarro's experience and talent is coming to speak in Bend. She's a Peabody Award winner—one of the highest honors awarded to radio broadcasters— who has put herself in danger to keep the world informed. Delivering honest and well-researched news is something I can assume is more important to her than the rest of her accolades.

In her presentation, Garcia-Navarro—who became a U.S. citizen in 2017, according to her Twitter feed—will focus on how other countries and cultures see the U.S. Americans have a distinct vision of the country—but other countries are impacted by its foreign policy and actions in a way Americans might not fully understand. With her experience reporting internationally and her hours spent in the field, Garcia-Navarro will be able to share stories and knowledge that help paint a full picture—and can help people even better see themselves. She'll also be able to use her time spent in Latin America and shed a light on the current state of what's happening with the Hispanic community here in the U.S.

Tickets for "America—A Global Perspective" are sold out, but Garcia-Navarro's works are widely available online.