March 11, 2020
comment
UPDATE, 3/12, 6:20 pm: Sisters Folk Fest, which organized the Kacy & Clayton show as well as a number of upcoming shows in Sisters, alerted us tonight that this show, along with upcoming shows, such as Sierra Hull on April 9, are canceled for now. Sisters Folk has updated information on its website about other pending shows.  Below is the story we published in the print edition this week.

Just a few months ago, Kacy & Clayton were performing at the Sisters Folk Festival and I chose them as one of the bands to make time to see live. Now the Saskatchewan-born duo is returning, this time to The Belfry, and I still feel the same way.

Shortly after last year's SFF, Kacy & Clayton released its fourth full-length album, "Carrying On." It's 10 songs of hypnotic folk, pulling inspiration from classic days of country and blues. At just over half an hour, "Carrying On" marks the duo's most polished album to date. 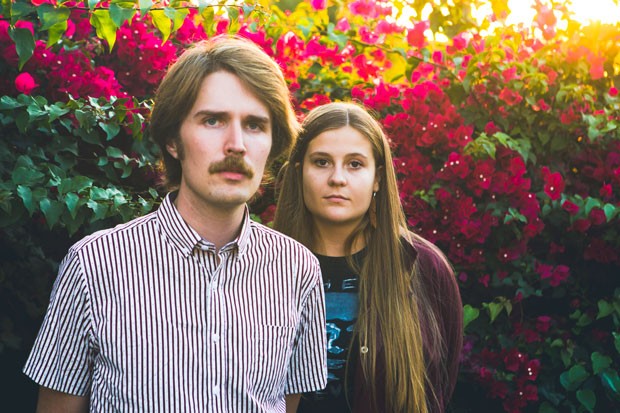 "[We had] more confidence in our songs and performances. The usual things that take experience for bands to develop. I was really pleased with the tones that we got on this last album, more than the one before," Clayton Linthicum tells the Source. "It just sounded closer to what we were trying to sound like."

Produced by Jeff Tweedy, "Carrying On" is the second straight album the Wilco front man has worked on with Kacy & Clayton. It's safe to say Tweedy has taken a strong liking to the duo's sound and talent over the last few years—not a bad guy to have in your corner.

"It's really encouraging. He's an extremely attentive listener as well as being really relaxed. He's such a deep listener that he keeps you engaged," praises Linthicum. "He's taught us that there's just so many details that you don't need to worry about with music. Like to not become obsessed with the wrong things. Before we worked with him, I certainly had a tendency to obsess over arrangement things that weren't really that important to the listener. That really taught us a lot, I would say."

The relationship first started four years ago when Kacy & Clayton opened up for Wilco in San Francisco. This year, on Wilco's current tour, Kacy & Clayton join the band for eight shows, making for some pretty incredible nights across the U.S. and Canada.

For people who don't know, Kacy & Clayton are actually cousins—but it wasn't until Clayton's teenage years that they began to collaborate musically.

"I think when we were really little kids, we were friends. And then maybe like between the ages of 5 and 10 we weren't as close. But most of the time we've been pretty good friends," says Linthicum. "I was around 15, 14 or so. Kacy is a couple years younger than me and that's when we started playing shows as a duo. And we've been at it ever since."

Early on, the two would play gigs at a senior center, as a jam group. These times performing proved to be rewarding. Among the seniors who were able, Linthicum says there was most definitely a lot of dancing.

Linthicum tells me the Pacific Northwest is probably his favorite place to play in the States, and he fondly remembered last year's SFF appearance.

"We got to see Peter Rowan's Free Mexican Air Force," recalls Linthicum. "I'm a huge Peter Rowan fan, so that was really cool. Great town. I got to walk around quite a bit and really enjoyed it. It was a nice, relaxed weekend."