Back to the YAC | Smoke Signals | Bend | The Source Weekly - Bend, Oregon

Back to the YAC

As I type this, all Oregon schools are closed, the federal government has declared a national emergency, and toilet paper is darn near a currency of its own. Still, legal wrangling over more marijuana farms in greater Deschutes County managed to sneak its way into the agenda for our County leadership.

Ever since the Oregon Land Use Board of Appeals ruled last year in its Waveseer decision that the County was operating with an unreasonable and amorphous definition of the term "Youth Activity Center" (from which marijuana farms must be located at least 1,000 feet), Deschutes County commissioners have wrestled with how to respond. 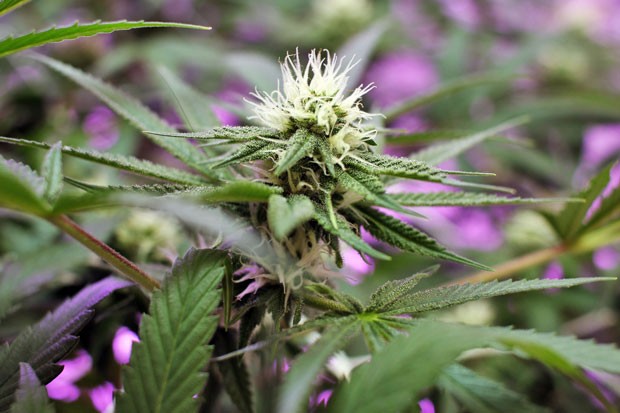 This culminated in a March 11 Board of County Commissioners meeting, wherein deliberations over the remand of its Waveseer decision was on the agenda. For Commissioner Tony DeBone, a resident of La Pine whose own home backs up to a marijuana farm, the analysis was pretty simple.

"[Rhinestone Ranch] wants to be half-in and half-out," he said, referencing the appellant neighbors who oppose the Waveseer application to permit a marijuana farm next door. "It's an EFU parcel, it's horse activities, people may come and go. I'm a 4H parent and horse owner, and we have people come and go also.

"The definition of a YAC is something that is a permanent facility of some sort," DeBone added. "Parents drop their kids off ... I don't see that in this location."

Commissioner Phil Henderson, who is somehow both an Ivy League-educated attorney and cowboy cosplayer, sprinkled antipathy toward those he deems outsiders into the conversation from the get-go.

"This is the problem with having marijuana grows started by people who aren't even rural, and the owner of the business hasn't been here when he buys the property," Henderson said.

Henderson, who has been vocally anti-marijuana, expressed skepticism that the applicant could not have foreseen that Rhinestone Ranch was a YAC, despite the fact that Rhinestone Ranch had no permits, licenses or other public indication that it could reasonably be defined as a youth activity center.

"I think we're in the process of defining that term," Henderson said of the YAC definition. "They said 'it's not foreseeable.' I think this got off on a bad track ... staff didn't say [to applicants] 'you better check on these things.'"

"If LUBA's not happy with how we handle the remand ... we can appeal it to the Court of Appeals, I guess, or wherever," he added bitterly. "We're not asking anything arduous [of applicants]."

Throughout the deliberations, Henderson repeatedly referred to a "10-part test" applied in a prior marijuana farm application, an 1,800-square-foot facility proposed by the owner, Tommy Nehmzow. That test included a host of factors that the Board—over DeBone's objection—agreed to apply to future youth activity centers, to determine if they would trigger the YAC buffer rule. The list included the number of children using the property on a given day, the types of activities, whether a separate building exists for use of the youth activity, whether it is licensed, etc.

During the meeting, Commissioner Chair Patti Adair and Henderson began applying their "test" to the Rhinestone Ranch facility. DeBone declined to partake.

"I'm not going to be supportive of this path," DeBone said. "It is [an] EFU parcel located next to an EFU parcel, horse-based equine activities. It doesn't rise to a situation of a YAC that would preclude the application of another use across the street."

Despite a flimsy record upon which to insist that a 4H club is a YAC—and a narrow scope of legal review –the Board voted 2-1 to deny the application. This comes more than two years (and perhaps hundreds of thousands of dollars of private investment) after the applicant first applied for the land use permit.

Twenty-five months later, and the County continues to see marijuana grows as a threat to "pony parties." The Board's divide into the anti-weed ideological camp (Henderson and Adair) and the by-the-book land-use rules camp (DeBone) doesn't appear to show any hope of cracking, prior to the proposed ballot initiative to permanently opt out of legal marijuana businesses in the rural parts of Deschutes County in November.

Perhaps that's the point. Henderson seemed ready to accept another loss at the LUBA level, which would likely result in a remand—or Oregon Court of Appeals case—after the people speak at the ballot box.

Between legal backbending in the County, and the Oregon Liquor Control Commission's current moratorium, it's no wonder that many entrepreneurs in the marijuana industry are looking for greener pastures in places like Oklahoma, where a virtually unregulated medical market has that state hosting more marijuana dispensaries per capita than any state outside Oregon.