Backyard Badgers and Ground Squirrels are Fair Game, but They Shouldn't Be | Natural World | Bend | The Source Weekly - Bend, Oregon

Backyard Badgers and Ground Squirrels are Fair Game, but They Shouldn't Be

You've seen them. They're big furry critters about the size of a bear cub that sort of roll over the surface of the earth as they rush from point "A" to point "B." If you get too close to them — as you investigate what that blur of fur was that scuttled behind the sagebrush — you'll hear a deep grumble, and if you're quick, you'll also see a lot of soil flying and that clump of fur vanish underground.

You probably already guessed it, if you've had an encounter with the American Badger. They are very common throughout the High Desert, where, unfortunately they are shot on sight by most so-called "sportsmen" and far too many horse people. 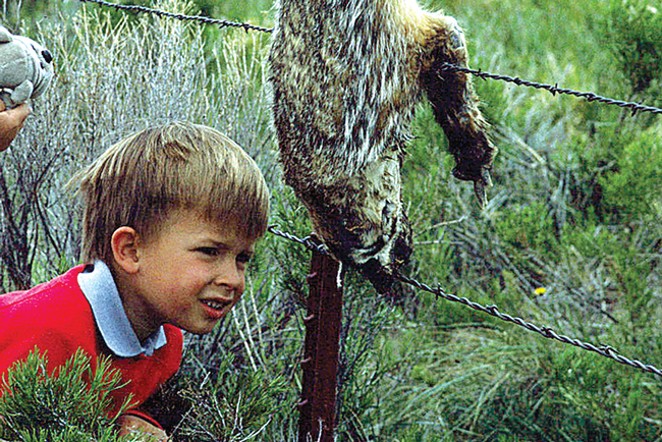 There is no wild animal in the State of Oregon that eats ground squirrels faster and more often than badgers. Wildlife biologists say they have a major impact on the biodiversity of the Sisters Country, which is an understatement. The agricultural industry in this neck of the woods, with its irrigated farms, has had a profound impact in increasing the populations of the various ground squirrels — Belding's in particular — which has created a new business: shooting ground squirrels, or "sage rats," as some people know them.

At Hampton Station you may see an old bus that's been converted to a shooting platform that takes customers out to the edge of the hay fields to shoot (as in kill) ground squirrels. This is causing a terrible calamity to the various raptors that also kill (and eat) the ground squirrels.

The ground squirrels that have been killed with lead shot become carriers of lead that enters the life stream of eagles, hawks and owls of the region. The lead in the dead ground squirrels is ingested by the raptors, with hideous results.

There is no worse sight in the wild than a bald eagle suffering from the results of ingested lead. Death eventually overtakes them as they crawl on their bellies, unable to eat, drink, or fly. In most cases, if the bird(s) do get to a vet's lab, it will take as long as a year of medicating a bird to get the lead out of their bodies.

To make matters worse, if the raptor feeding on lead-infested squirrels is nesting, the adult will bring the contaminated ground squirrel back and feed it to the nestling. The result: the baby bird dies before it can fledge.

Then there's the badger who also feeds on great numbers of ground squirrels. They are nocturnal most of the time and dig out ground squirrels from their burrows at night, and throughout the winter. Yes, it's that infernal digging that gets the poor old badger into trouble with equestrians. Again and again, one hears reports of horses that have fallen into a badger hole, broken a leg, and had to be euthanized.

There is no easy answer to that problem, except for horse lovers to chase the badgers far enough out of the pasture enough that they don't return. But ground squirrels and horse pastures go together like hand and glove. Using lethal means to rid the pasture of ground squirrels causes more problems than shooting the badger, so that's out.

Yes, it’s that infernal digging that gets the poor old badger into trouble with equestrians. tweet this

Trapping ground squirrels is labor intensive, but by far the best solution, especially if one hires a high school student to do it; he or she can build up a wonderful college fund.

And then there's the off-hand shooting (as in killing) of badgers for the fun of it. Unfortunately, the badger isn't protected by any state or federal regulations. The first settlers who didn't like badgers — or the look of them — could just kill them and that was that; it's the same today, except you must have a hunting license and permission to be on the land.

That's got to change because of the badger's vital role as a member of juniper, sage and grassland ecosystems. And besides that, they are living members of our wildlife community.

Looking at badgers as treasured members of Oregon's total wildlife community should be the attitude we all share every time we see one crossing the road, or burrowing into a meadow eliminating pestiferous ground squirrels. We need them, and they need us!