How to make the best pizza in the USA, at home 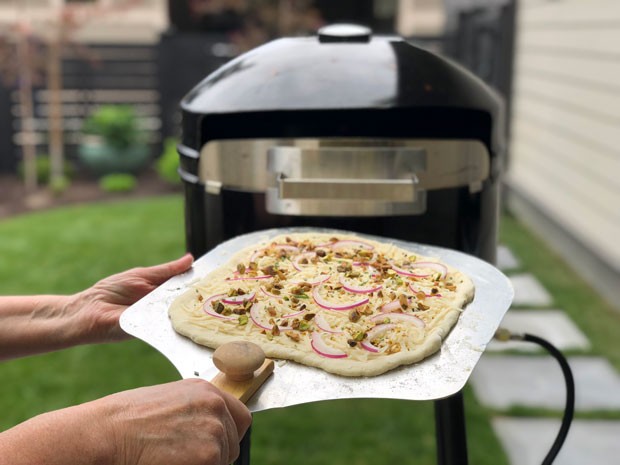 Have you ever waited three hours in line for pizza? I have—at Pizzeria Bianco in Phoenix, Ariz. The restaurant is first come, first serve, small and extremely popular, rated the best pizza in America by Bon Appétit, Vogue, Rachael Ray and Andrew Zimmern, and recognized by celebrities including Martha Stewart and Oprah Winfrey. Yes, the pizza was worth the wait. Chef-owner Chris Bianco painstakingly nails every component of his simple pizzas, from the bubbly wood-fired crust to the creamy house-made mozzarella.

Unless you want to hop on a plane, you won't be tasting a Bianco pizza anytime soon. Lucky for us he published a book, "Bianco: Pizza, Pasta, and Other Food I Like," that includes the recipe for his pizza. I had to see if I could make one.

The most challenging part of making pizza at home is cooking it. A wood-fired oven can get up to 800F, while home ovens top out at 450F to 500F. A few years ago, my brother found a PizzaQue, an outdoor pizza oven that runs on propane, comes with a pizza stone, fits on a tabletop and gets up to 700F. He raved about how good it cooked pizza in only seven minutes. He was right. My parents bought their own PizzaQue and now I visit them to use it. It was the secret weapon I needed to make my Bianco pizza.

Before getting too cocky about having the perfect oven, I remembered Bianco saying, "The secret that is no secret is even in the most Ferrari of ovens, shit in will be shit out, yet the most humble oven at the proper temperature, with all aspects in balance and restrained harmony, will set you free." This was a reminder that I had to pay attention to the details; the quality of ingredients is important. 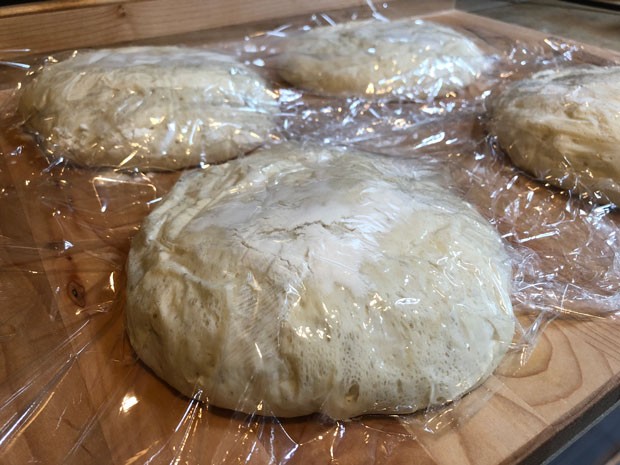 Bianco's pizza dough recipe isn't anything special. It has four ingredients: flour, yeast, water and salt. I researched recipes from Wolfgang Puck and Mario Batali and the only thing that makes Bianco's recipe somewhat different is that he doesn't add sugar or honey. What does make the dough unique: the flour. In his book he talks about buying local heritage wheat in Arizona, saying, "The flour is the biggest single factor in the flavor of your dough, so it's something that you don't want to compromise on." If you've watched the pizza episode of "Ugly Delicious" on Netflix, you'll hear several pizza chefs say the same thing. For Central Oregonians the freshest flour we can find is from Camas Country—an organic Oregon durum wheat flour, perfect for pasta and pizza dough. You can find it at Central Oregon Locavore.

If you want pizza for dinner, start earlier in the day since the dough needs four to six hours to proof and rise. When it's ready, preheat the pizza oven to 700F.

I made two of Bianco's pizzas, including the biancoverde, a white cheese pizza topped with parmesan, ricotta, mozzarella and fresh arugula, and the rosa, topped with red onion, parmesan and raw, unsalted pistachios. I used a shovel-like tool called a pizza peel, allowing the pizza to slide right into the oven. It's also super helpful when removing a bubbling hot pizza. Another tool I can't seem to live without is a pizza rocker, used to cut the pizza. The long, curved blade makes it way quicker than rolling back and forth to cut through the crust with a pizza wheel.

The Bianco pizzas were delicious. The crust was crispy and bubbled on the edges while the interior remained soft. The rosa was my favorite because the salty parmesan brought out the flavor of the dough. Was it as good as the pizza I had at Pizzeria Bianco? No, but it's the best I've ever made. 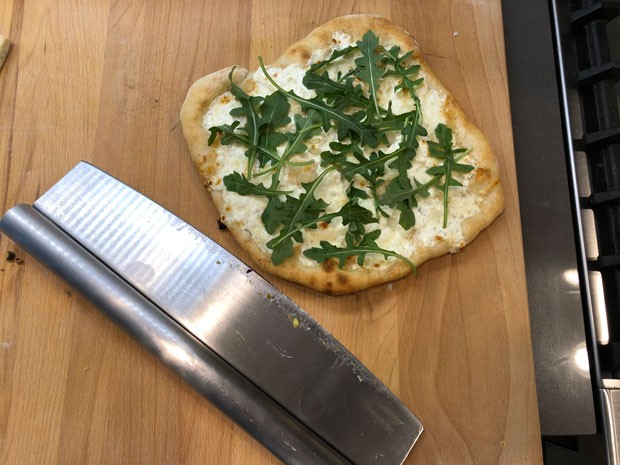