When tasting rooms, pubs and large outdoor events were shut down in response to COVID-19, Central Oregonians did not have to go without their beloved beer for long. Some breweries began offering curbside pickup; others began delivering. But what about the fate of the annual, highly-anticipated Bend Brewfest, Central Oregon's premier beer festival and esteemed celebration of all things hopped and bubbly? 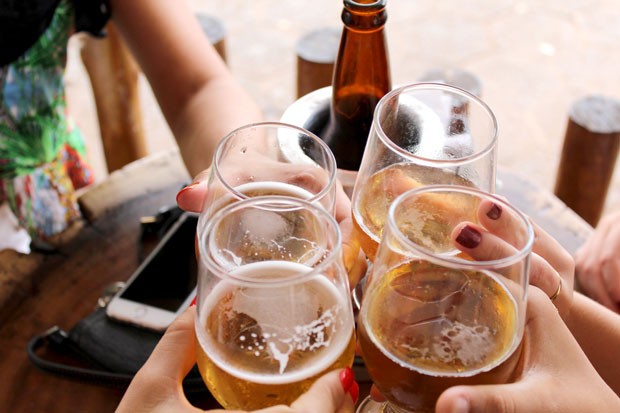 Organizers of Bend Brewfest, usually set for mid-August, announced the cancellation of the 2020 festival on May 8.

"This decision was not taken lightly as we know how much this festival means to fans of craft beer, Pacific Northwest breweries, local nonprofits, and the Bend community as a whole," organizers wrote on the festival's Facebook page.

Now, beer lovers have access to the event they know and love, all from the comfort of their own backyards. Enter Central Oregon's first Take-Home Brewfest experience, courtesy of the adaptable team over at Silver Moon Brewing.

Finn Leahy, the event coordinator, explained the process of adapting to the new normal.

“We’ve already decided that we’ll do this every year, despite the fact that COVID led us towards this idea initially.”—Finn Leahy tweet this

"This is the 21st anniversary of the Brewfest," Leahy explained. "News of canceled events left a hole in the craft beer community, so we started piecing together how to bring people that same atmosphere in the comfort of their own homes and backyards. We started brainstorming how to keep the tradition alive without risking anyone's health or well-being. Events have always been a really big part of Silver Moon culture, and it's been hard for all of us not being able to host any."

Leahy and his team began reaching out to local breweries, and soon confirmed 18 participants. "We have a lot of awesome breweries, along with AVID and AVID's sister company, Seven Peaks; creator of the best craft hard seltzer here in town. We have beer from Three Creeks, Monkless, Boneyard, Deschutes, Immersion, Worthy and more." With past Brewfests, as many as 70 breweries and cideries from across the West Coast would gather in Bend, pouring from two taps apiece and providing thirsty fanatics with everything from chocolate stouts to fruited sours.

"Each ticket will get you a mixed pack of 18 beers and ciders, one from each participating craft brewery or cidery. You'll also get two pint glasses, some brewery stickers and the opportunity to participate in swag giveaways. So far, community feedback has been great. On the first day we posted the event we had 700 people interested."

Leahy explained that community support of the event has prompted plans for future take-home opportunities. "We've already decided that we'll do this every year, despite the fact that COVID led us towards this idea initially," he said.

Tickets for the Silver Moon "Take-Home" Brewfest are on sale now through June 25. Tickets are $50 per case, and can be purchased at bendticket.com/events/107469449/the-central-oregon-take-home-brewfest. Ticket holders will pick up their mixed cases from Silver Moon on July 24 or 25, which will contain a combination of 12-ounce and 16-ounce craft beers.