Bagging Grades: How Local Teens Feel About It | The Source Weekly - Bend, Oregon

Bagging Grades: How Local Teens Feel About It

From worries about college admissions to knowing it's necessary, students' reactions about pass/fail are mixed

by Nicole Vulcan and Miina McCown

April 20, 2020
comment
The closure of Oregon public school campuses for the remainder of the school year, announced earlier this month, was a blow for students statewide. For those who monitor their grade point averages like a religion, another decision last week meant the blows kept coming. The Oregon Department of Education released guidance last week around how schools should handle the distance learning that is now a reality for Oregon students and teachers. On top of that, it announced that classes would not be graded, and instead should fall under a pass/fail system.


Getting seniors to graduate on time—or by August 31—is a primary goal for ODE, and the pass/fail option is part of meeting that goal.

"Magnified by the COVID-19 crisis, our students who have been pushed to the edge of our system carry the disproportionate weight of meeting grading and graduation requirements," ODE wrote in its Distance Learning for All school closure guidance document.

Following the announcement, we wanted to know how local high school students felt. Intern Miina McCown—previously a student at Bend Senior High School—polled some local teens about the change to pass/fail. Here's what they said.

Devan Boone, Junior School: Bend Senior High Stance: Dislike “I feel pretty strongly about it; I’m not very supportive of it because it probably won’t count towards our GPA, and personally I really needed this semester’s grades to go towards my transcript and my GPA. I also just think it sucks for juniors because our second semester grades matter a lot for college admissions. That being said, I can see how it makes sense because online learning is hard and no one voluntarily signed up for it, and cheating is going to happen anyways, so those grades probably aren’t an accurate reflection of what is going on.”


Zemirah Kamanya, Junior
School: Bend Senior High
Stance: Dislike
“I don’t like the pass/fail decision because it won’t show the colleges I’m applying for my actual GPA and how hard I work in my classes. At the same time, I have to understand the decision, that not everyone has access to their classes and not everyone is working to their full potential right now due to the stress of the pandemic.”
"It’s probably the right thing for the state to do to be fair to people who are in difficult positions because of, you know, the giant worldwide crisis, and that something as trivial as a GPA doesn’t matter as much right now." - Grace Bengston tweet this


Maddy Beck , Junior School: Bend Senior High Stance: Dislike “I think that the pass/incomplete decision made by the school district is putting students who have worked very hard to maintain good grades at a disadvantage when applying to colleges and scholarships. We will be put against students from other states, whose grades will still be in letter form. This means that they will have higher GPAs when they have probably done the same amount of work. This system also rewards slackers because it only requires a D to pass, and it will penalize people who really care and are keeping up with the material. Most students will most likely not do the bulk of their work since they only need a D to pass, which would be very detrimental to many students’ educations, and even their brains. Especially with some colleges not taking ACT or SAT scores, grades are more important than ever. I understand that some students do not have the same access or the capabilities to do online school as others, which is why I believe that student should have the right to choose if they want to keep their grades, or use the pass/incomplete system.”

Aya Eliason, Junior
School: Bend Senior High
Stance: Dislike “I think that they should offer a letter grade and pass/incomplete option because a lot of students want to raise their GPA.”

Anonymous Sophomore School: Summit High Stance: Indifferent “I’m honestly not sure how I feel about the pass/fail decision. It hasn’t made much of a difference yet, though I’m still trying to keep my grades up as if they were still letter grades.”

Rhys Schluter, Junior
School: Bend Senior High
Stance: Dislike
“I’ve worked hard for my grades to better my GPA and I feel like with the pass/fail situation, all of my hard work won’t count for much.” 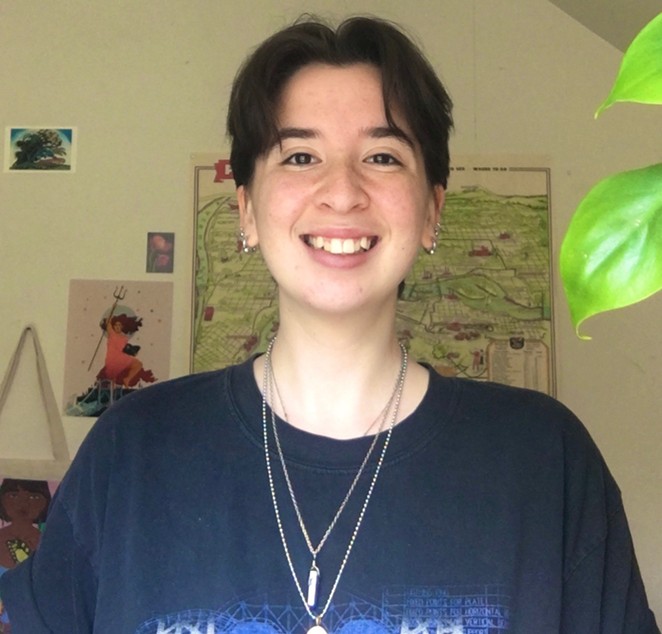 Sofie Stodd, Junior
School: Bend Senior High
Stance: Like “I’m happy about it. I think that it’s necessary, because the curriculum is built a certain way for interactive learning. Now that we aren’t getting the same level of support and structure, I think holding us to the same standard is unreasonable. As the quality of education decreases, so will the level of student performance. Making it pass/fail benefits the students, as our GPAs will suffer because of high standards to low-quality education, to no fault of our own.”


Grace Bengston, Junior
School: Bend Senior High
Stance: Indifferent
“I don’t have any particularly strong feelings about it. I definitely understand why they did it—this is a crisis, and there are some kids who are in difficult situations now that make it hard to do online learning. It’s not fair that some kids would get an easy A while others could get a D for reasons totally outside of their control, so a pass/fail should make it more equal. I do know that a lot of our friends are not happy about it because they won’t get a boost for their GPA. People who are taking lots of IB classes (that are still going to be somewhat challenging online) aren’t getting the GPA boost for their hard work... but I personally don’t really care. So, my GPA stays the same as last semester, and last semester’s GPA is what I use to apply to college? So, what, because I really don’t think colleges are going to compare our GPAs the same way they used to. A college is obviously going to see ‘pass/fail’ in the spring 2020 part of our transcripts and realize that that was during the giant worldwide pandemic. Everybody will be affected the same, so it shouldn’t have a huge impact on college. I know one thing my parents have brought up is that people won’t put in the same effort now, because a D now gets the same as an A... but that’s their loss, I guess. For IB kids most of our classes are two years long so you kind of have to know this content. I guess what I think is that I am personally fine with the decision, and it doesn’t change much for how I personally approach school. It’s probably the right thing for the state to do to be fair to people who are in difficult positions because of, you know, the giant worldwide crisis, and that something as trivial as a GPA doesn’t matter as much right now and won’t really change anything in terms of college admission.”