Central Oregon bluegrass fans are in for quite a treat on Oct. 11, as Che Apalache brings its version of "Latingrass" to Sisters. The band comes all the way from Argentina, touring the U.S. The four-piece band delivers its unique sound with a grand mix of cultural influences that will definitely impress. 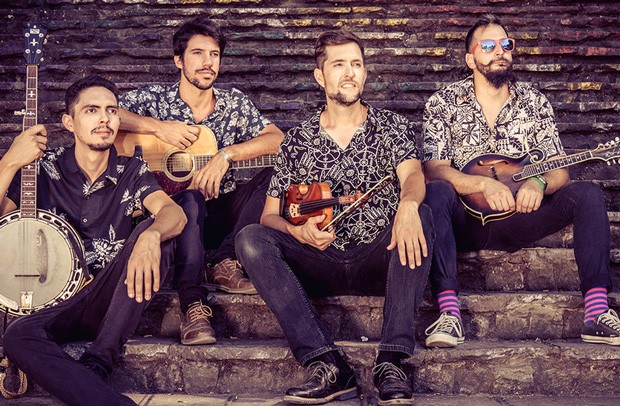 Presented by the Sisters Folk Festival, Che Apalache takes the stage at The Belfry for the band's fourth show on its current run. Learn more about the group and its magical strings with this Band Fact Sheet.

Where they're from: Che Apalache is based in Buenos Aires and comprised of four members from Argentina, Mexico and the U.S. Founder Joe Troop moved to Argentina in 2010 where he started teaching bluegrass, which is what led to the formation of the band.

Who's in the band: Joe Troop on violin, Franco Martino on guitar, Pau Barjau on banjo and Martin Bobrik on the mandolin.

What's to like: For one, the uniqueness in the band's sound. Che Apalache isn't just strictly playing Latin roots music, or even just bluegrass, but the range they cover is vast—similar to the band's cultural backgrounds. Second, the band makes bold statements in its lyrics; not afraid to speak up on worldly issues.

Random Internet Dig Fact: In an interview with the Bluegrass Connection, Troop revealed that the band's new song, "The Wall" was created while "getting piss drunk on a bottle of whiskey and writing it all out, in my friend's bathroom crying." The song's style and power was inspired by bluegrass artist Ralph Stanley and was written with the current state of immigration in mind.