Kicking off summer this year with the first night of music at Les Schwab Amphitheater is Jason Isbell and The 400 Unit, along with some help from Father John Misty. Isbell, a four-time Grammy award winning singer/songwriter, will bring his staple mix of Americana to Bend. It's a show that is sure to set the night on fire and get the season off to a good start. 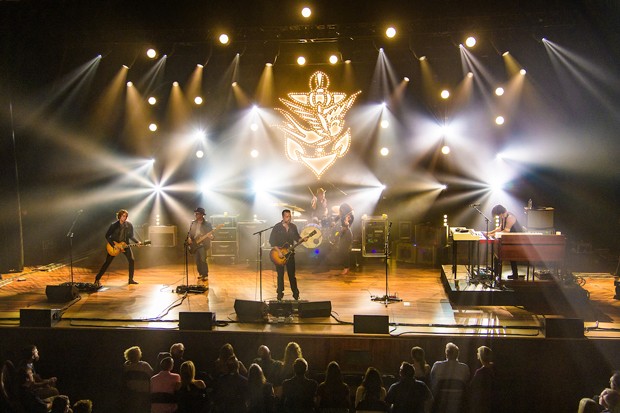 One of the things that sets Isbell's work apart is simply his greatness at writing songs, creating emotional and vivid stories that become quite a treat to listen to. With the powerful grouping of the 400 Unit, the grand sound will definitely help elevate the atmosphere at Les Schwab to make it one for the books.

Learn more about Jason Isbell and The 400 Unit with this Band Fact Sheet.

Where they're from: Jason Isbell is originally from Green Hill, Alabama, and first started playing music when he was around 14 or 15. For six years Isbell was a member of the Drive-By Truckers and has also become very well known for his work with The 400 Unit and other solo efforts.

Members: Isbell on guitar/keys/lead vocals, Sadler Vaden/guitar & vocals, Jimbo Hart/bass & vocals, Derry deBorja/keys, Chad Gamble/drums & vocals and Amanda Shires on fiddle. Oh, and according to Facebook, Shires also serves as the assistant to the regional manager (shout out to The Office one time). Plus, Isbell and Shires are married.

Songs to start with: "Last of My Kind," "If We Were Vampires," "Seven-Mile Island," "Alabama Pines" and "Cumberland Gap."

Random Internet Dig Fact: Isbell wrote "Maybe It's Time" from the movie "A Star is Born," which is protagonist Jackson Maine's (played by Bradley Cooper) signature song. According to an interview with Billboard, Cooper had sent over a demo to Isbell through his phone after they had been texting. Isbell was initially nervous about listening to it because he didn't want to have to say "Bradley Cooper, this is bad! You're going to have to do better!" Isbell ended up listening to the demo on a five-hour plane ride and was pleasantly surprised. At one of the cast panels before the movie premiered, Cooper actually said waiting for Isbell's reaction was the most nerve-wracking part of the process.