These alternative rockers earned their stripes from a bar in Brooklyn

The National Reserve possesses a brand of rock, country and soul that is moving and powerful in its vast sound. While the group has seen a variety of member changes over the years, it seems that in the current lineup they have found a completeness that probably won't change anytime soon. 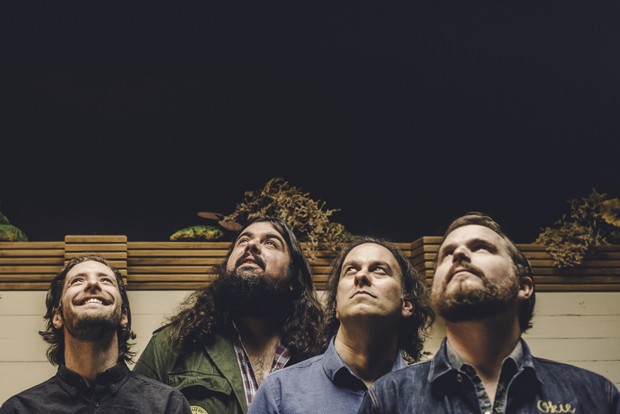 When listening to The National Reserve, you're almost certain to fall in love with the band's crisp instrumentation and the rasp in Sean Walsh's voice. As someone who has seen them perform live before, I can confidently say that as a group these guys really know how to bring it on stage and will deliver with a killer performance.

Before they take over Father Luke's Room, learn a bit more about The National Reserve with our Band Fact Sheet.

Where they're from: Lead singer and band founder Sean Walsh is originally from New Jersey. Walsh eventually moved to Brooklyn where the first grouping of The National Reserve was formed. The band started out playing weekly shows at a bar called Skinny Dennis with four-hour sets. According to the band's bio on its website, Walsh says they played around a thousand hours just at that bar alone.

Songs to start with: "New Love," "California," "Standing on the Corner"

For fans of: Wilco, Susto, The Artisanals, Brent Cowles

Random Internet Dig Fact: Walsh credits Bob Dylan's "Blonde on Blonde" as the piece of music that really pushed him to quit college and pursue music.