The Sheepdogs can really jam. As a band with a plethora of influences—greats including Led Zeppelin and The Allman Brothers make up a few of their notable imprints—the group is a solid example of paying homage to the music of the past, while still keeping things original. 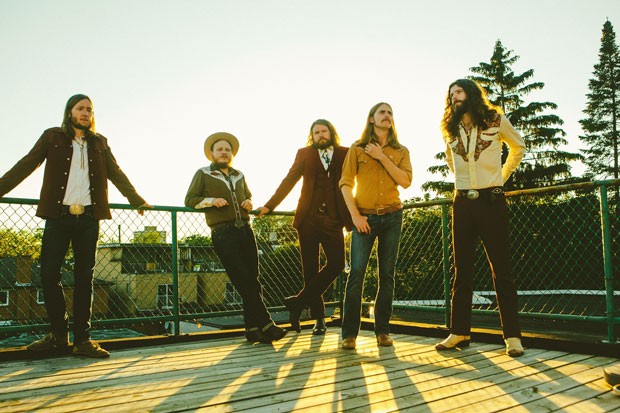 The group's latest album, "Changing Colours," came out in February 2018. The theme of color is a great title for the project, as the music takes shades from a variety of genres, making for one great palette of sound. Realistically, The Sheepdogs have been doing that for years, offering a blend of psych-rock, country, classic rock and more.

Learn more about the standout rockers with this Band Fact Sheet

Where they're from: A band from our neighbors to the north! The Sheepdogs originally formed in Saskatoon, Saskatchewan, in 2006.

For fans of: The Allman Brothers, The Kinks, Said The Whale

Random Internet Dig Fact: In 2011, The Sheepdogs became the first unsigned band to ever grace the cover of Rolling Stone. They won the cover spot through the "Do You Wanna Be A Rock & Roll Star" contest, which also came with a deal to Atlantic Records and a performance on "The Tonight Show with Jimmy Fallon.".