Band Fact Sheet: Too Many Zooz

From the subways of New York to a stage near you

For those reading who don't have plans Thursday night, might I steer you toward the Too Many Zooz show at the Volcanic Theatre Pub. This trio of top-tier musicians is 100% going to bring the house down—so get ready to dance... because they wouldn't have it any other way.

As a group that started out on subways and streets, Too Many Zooz has gone from those early days of playing for tips in Union Square and all around the city, to sharing stages with The Chicks (formerly The Dixie Chicks) and Beyoncé at the Country Music Awards, after Queen Bey herself saw videos of them playing in subways online and had them lay down parts on her song "Daddy Lessons" from 2016's "Lemonade." That's a rise not many bands or solo artists can even comprehend—but Too Many Zooz has earned it with their inventive methods and room-changing energy. 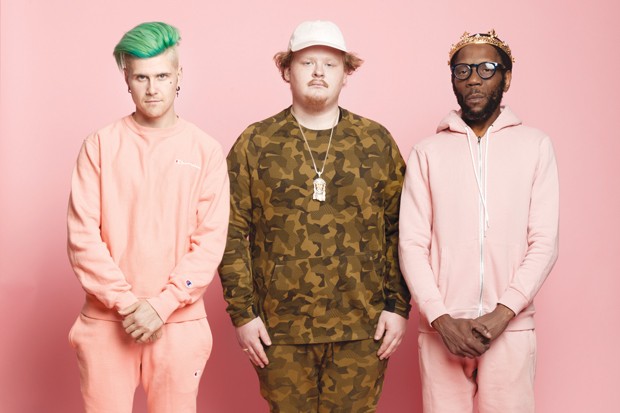 Learn more about the trio below and what they're bringing to Bend this Thursday with this Band Fact Sheet.

Who's in the band: King of Sludge (birth name, David Parks) on drums, Leo Pellegrino on baritone sax and Matt Muirhead on trumpet.

Where they're from: Originally the three came from different places around the country—Muirhead from Boston, Pellegrino from Pittsburgh and KOS from Indianapolis. Pellegrino and Muirhead met while both were students at the Manhattan School of Jazz and Parks was introduced to them as they played with another group in the subways of New York. Eventually their talents would join forces and Too Many Zooz was created in 2013.

What's to like: Well for starters, Too Many Zooz is essentially the creator of "brasshouse." It's a combination of jazz, house, hip-hop and more all thrown together in a way that is both danceable and invigorating. The band will often step away from traditional instruments to use various tools for sound whether they are on the streets performing or in the studio. "Warriors," one of the trio's most popular tracks, might ring some bells if you aren't too familiar with the group. It's an explosion of good energy and will get you pumped up for anything, and the music video is basically an action movie where Too Many Zooz fends off their foes with the power of their instruments. So not only are they cool when it comes to performing, but humorous as well. They take chances and step outside the box of their instruments' traditional sounds—Too Many Zooz is a trio of innovators.

Random Internet Dig Fact: Pellegrino, or Leo P as he's often called, first started off playing clarinet as a kid because his father was an accordion player— so they would play traditional Italian Polkas together. Then it all changed when he heard John Coltrane for the first time, which prompted a switch to saxophone. Fast forward to high school where the school band's bari-sax player was expelled, leaving the door open for Pellegrino to dive in. The rest is history.