Known for an excellent live show, this jamming quartet brings its act to Bend

Becoming known for your live shows might be one of the highest compliments to receive as a musician. It's a direct tribute to your skills on stage and the ability to connect with the audience. The band Twiddle happens to fall into that special category. Blending a plethora of genres together—including rock, reggae, bluegrass, funk and jazz—the band pours all of its energy into this melting pot of sounds. Simply put, Twiddle jams, man. Get to know a little more about the group with this Band Fact Sheet. 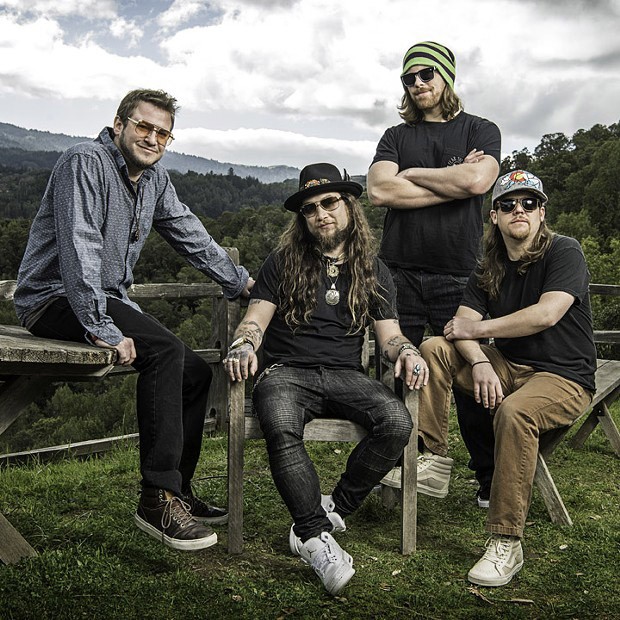 Where they come from: Twiddle formed in Vermont at Castleton State College (now Castleton University) back in 2004 through a theater/music class titled Acting I. This led to Ryan Dempsey and Mihali Savoulidis meeting – eventually both performing in that year's musical for "Hair," where Savoulidis played guitar and Dempsey played keyboard.

Members: Ryan Demspey on keys, Brook Jordan on percussion, Mihali Savoulidis on guitar and Zdenek Gubb on bass. Each member offers up vocals, with Savoulidis on lead.

Songs to start with: "Amydst the Myst," "When It Rains It Pours" and "The Catapillar." Also check out the band's "Live at House of Blues Boston" album to get a good taste of Twiddle's energy on stage.

Random Internet Dig Fact: In an interview with AXS in 2016, Gubb told the story of making a batch of fake puke when he was younger. He stashed his concoction in a jacket then proceeded to go to a movie theater, headed up the balcony and fake threw up over the side onto people in the audience. The kicker? People started getting sick and throwing up on each other for real. Gubb said he "never felt so bad in my entire life."