There's an abundance of good music coming out of Central Oregon. You might not always find it if you don't know where to look (our calendar helps)—but that's part of the reason local bands are taking matters into their own hands with a new festival hosted at the Volcanic Theatre Pub. 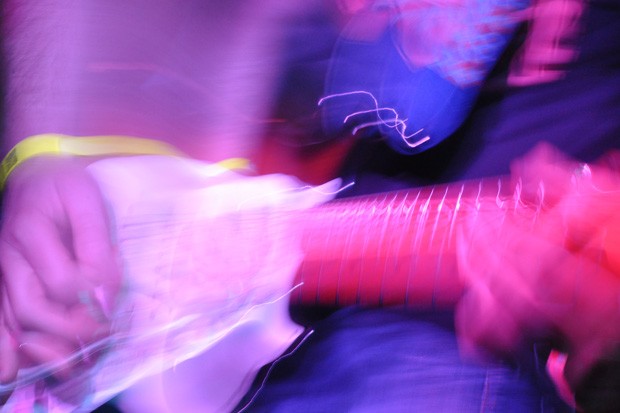 Appropriately titled the High Desert Underground Music Fest, the festival is built by and for local musicians. The goal? To raise awareness and help elevate the arts community in Central Oregon.

"A few of my friends in the music community and I just thought it was high time we put something together that was a little more organized," says Cosmonautical guitarist David von Schlegell. "All the bands that are on this bill share a similar goal in that we'd like to be heard."

The idea is to raise awareness around local bands, which could lead to more opportunities for the musicians—including the prospect of them traveling farther outside of the region and bringing even more outside bands to the area.

"The festival idea was that if we get all our friends and the bands we admire in the area to pull in the same direction to put on a show, that will give the audience a chance to gain exposure of the other great talent we have here in Central Oregon," continued von Schlegell. 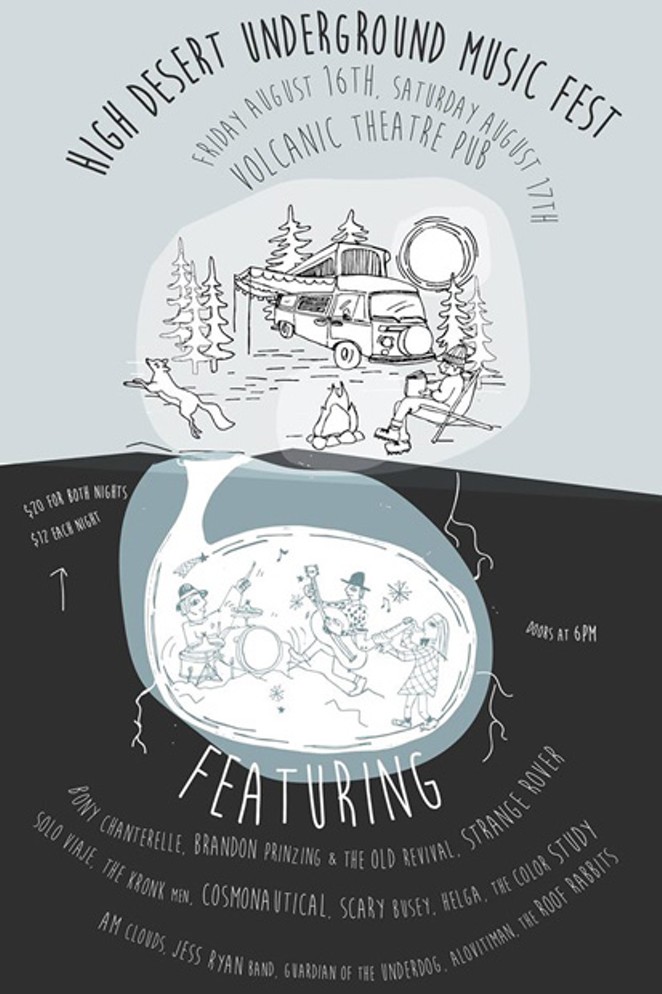 The funds generated through admission to HDUMF will go toward the creation of a compilation album of the bands. Anything left over will go toward promoting the arts in the area.

The lineup is a stacked bill. Day one includes Scary Busey, Alovitiman, Brandon Prinzing & The Old Revival, Guardian of The Underdog, The Color Study, HELGA and The Kronk Men. Day two will be Dr. Green Dreams, Bony Chanterelle, Cosmonautical, The Jess Ryan Band, Strange Rover, The Roof Rabbits and AM Clouds.

While each band and artist aims to take their music to new levels, they're also conscious of the notion—within the Central Oregon community, at least—it's not a competition.

"Part of the reason this idea came about was that bands started talking. We started showing up to each other's shows. Partly for morale support and partly because we just like each other's stuff," von Schlegell says of his six years on the local scene. "There's bands that are gonna be playing this thing that have become some of my favorite bands, period. Regardless of where they're located."

It's this camaraderie and collaboration that makes the scene special, von Schleggel says, and is the reason the arts community has been able to grow so much in recent years.

"If one band succeeds in our community, it's not something to be envious of," von Schlegell adds. "It's sort of the 'rising tide raises all boats,' you know? If someone does well we should be supporting them. It reflects back on to the community and reflects on where this band came from."

Check out our Q&A with Johnny Bourbon from the Roof Rabbits, which accompanies this story in this week's print edition.