As fall approaches, many of the rituals that come with the season have gone by the wayside: No massive Labor Day picnics; no snapping photos in front of the school on the first day. But one Central Oregon fall tradition is actually coming to fruition this season: The Little Woody, a barrel-aged beer and cider fest usually housed outside the Deschutes Historical Museum, is moving forward and adapting to the times. The event takes place Friday, Sept. 18 and Saturday, Sept 19.

Instead of seeing beer lovers gathered at the Museum sipping barrel-aged samples from brewers as far flung as the state of Michigan, this year, revelers will go on a "walkabout" of downtown Bend, stopping at 10+ locations for tasters of local barrel-aged brews. 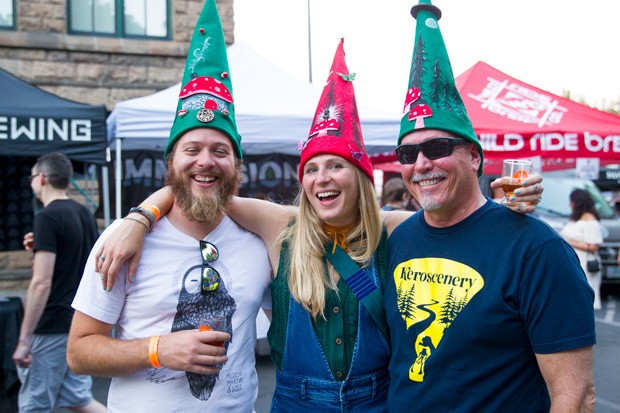 Normally a festival that draws over 4,000 over the weekend, this year's numbers, with pandemic guidelines still in place, have been cut by 75%.

"The Little Woody has always been a locals' beer festival. We pushed the date back after Labor Day to ensure that this year," said Aaron Switzer, producer of Lay It Out Events, which puts on the festival. "We didn't want our loyal festival goers to live without for a whole year. By incorporating downtown businesses, we can also give the larger economy a boost."

To help spread people out, participants sign up for one of eight time slots on either Friday or Saturday, starting at the Historical Museum to grab a punch card. (Those who dress in "gnome wear"—in keeping with the Little Woody theme—get a few extra punches on their cards.) After hitting any number of spots on the walking tour, the tour ends at The Commons' Brooks Street Plaza.

As Switzer put it, "These small-batch, wood-cask beers and ciders are a true beer lover's specialty."

The Source Weekly is the sister company to Lay It Out Events, which hosts The Little Woody.