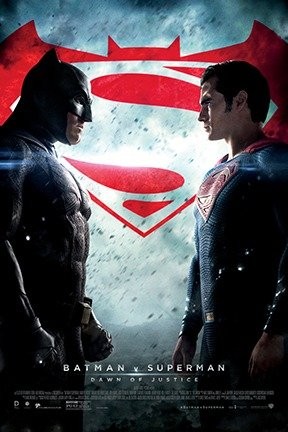 It's been nearly two years since Superman's (Henry Cavill) colossal battle with Zod (Michael Shannon) ]devastated the city of Metropolis. The loss of life and collateral damage left many feeling angry and helpless, including crime-fighting billionaire Bruce Wayne (Ben Affleck). Convinced that Superman is now a threat to humanity, Batman embarks on a personal vendetta to end his reign on Earth, while the conniving Lex Luthor (Jesse Eisenberg) launches his own crusade against the Man of Steel.
- Synopsis provided by Internet Video Archive

Batman v Superman: Dawn of Justice -- An IMAX 3D Experience is not showing in any theaters in the area.