The discs will be flying during the Battle at Bachelor premier Pro Disc Golf Association event of Central Oregon Aug. 10 and 11. Hosted by the Central Oregon Disc Golf Club, at least 163 participants are registered to compete against elevation, tight fairways and towering trees as they play a specially created 18-hole course that winds through Mt. Bachelor's Nordic Trail system.

"In 2017 we had 43 participants, and 110 last year," said Tournament Director Mike Beshore. "We've grown in participation and purse every year, so we're pretty excited about that." Several Pacific Northwest touring professionals and over 100 top-rated amateurs will compete for this year's combined purse of over $7,000. 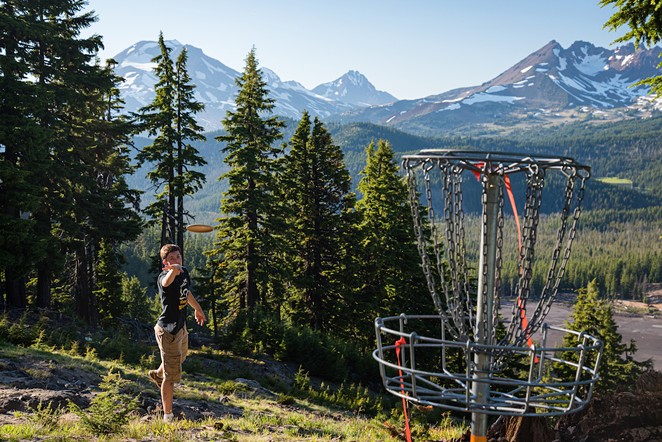 "It's a pretty long course with a lot of elevation change," said Beshore. "The course will be set up on the Wednesday before the tournament begins so participants can practice and get to know what to expect along the course and pack their bag accordingly." Because of the long distances on holes between tee pad to basket, distance drivers will be key to keeping players in the fairways and out of the woods.

"We've put our professional disc golf careers on hold while we pursue our dream to run a disc-golf-themed brewery," said Valarie. Along with founding partner, Justin Celmer, the trio opened Bevel earlier this year. The brewery is named after the "beveled edge" which transformed the Frisbee into the modern-day golf disc. "That innovation created our sport, and we're trying to reflect that into craft beer," said Valarie.

The Doss' have lived in Bend for seven years, though were often gone on the disc golf circuit most of February through October, playing at tournaments internationally and across the country. While traveling, they'd stop in at breweries and try craft beers.

"Through our travels around the world, we were able to meet brewers and note every successful brewing idea, which then went into our planning for this business," said Valarie. 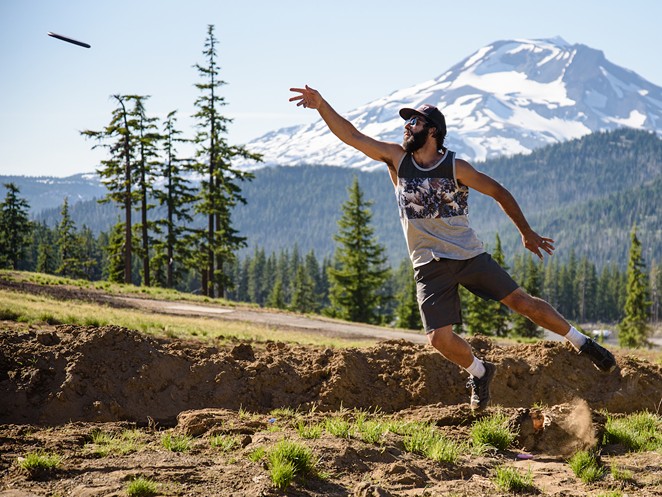 On Aug. 10, Bevel will pour beer at the Players' Party at Kapka Butte Sno-Park. The party will include food vendors, merchandise, field games, a full 18-hole mini disc golf course, raffle and watching coverage of the 2019 PDGA World Championships held in Peoria, Illinois.

Meanwhile, over 50 Central Oregon disc golfers, including men and women, professionals and amateurs, will compete in the Battle at Bachelor. One competitor excited about testing his skills is Powell Butte's Ty Love. Love, 14, recently placed second at the Junior World Championships in Emporia, Kansas, and will compete in the Men's Advanced Division.

"I've always really liked one-person sports where you're your own team," said Love. "I started watching videos on YouTube of Avery Jenkins, a 2010 world champion in disc golf, and it just took off from there." Love's been playing for three years, competing for two and a half as an amateur—although his dream is to turn pro.

"When I was out at Worlds, all these people from Central Oregon were supporting me, so it will be cool playing a tournament with them," said Love. Love's dad, Brian, will also compete at Bachelor and credits his son for introducing him to disc golf.

The competition happens Saturday and Sunday between 8am and 4pm. The Central Coast Disc Golf media team will film the final round, airing it on its YouTube channel. "We'd love to see a huge crowd of spectators following the lead card for the final round," said Beshore. The Battle at Bachelor tournament and Players' Party are open to the public.

Beshore is still seeking volunteers by emailing him at centraloregondiscgolf@gmail.com.