March 11, 2020
comment
The City of Bend plans to create an urban renewal district which includes the Bend Central District and nearby areas as soon as August. The City has posted on online Open House with a survey that is open until Thursday evening and takes about five minutes to fill out. 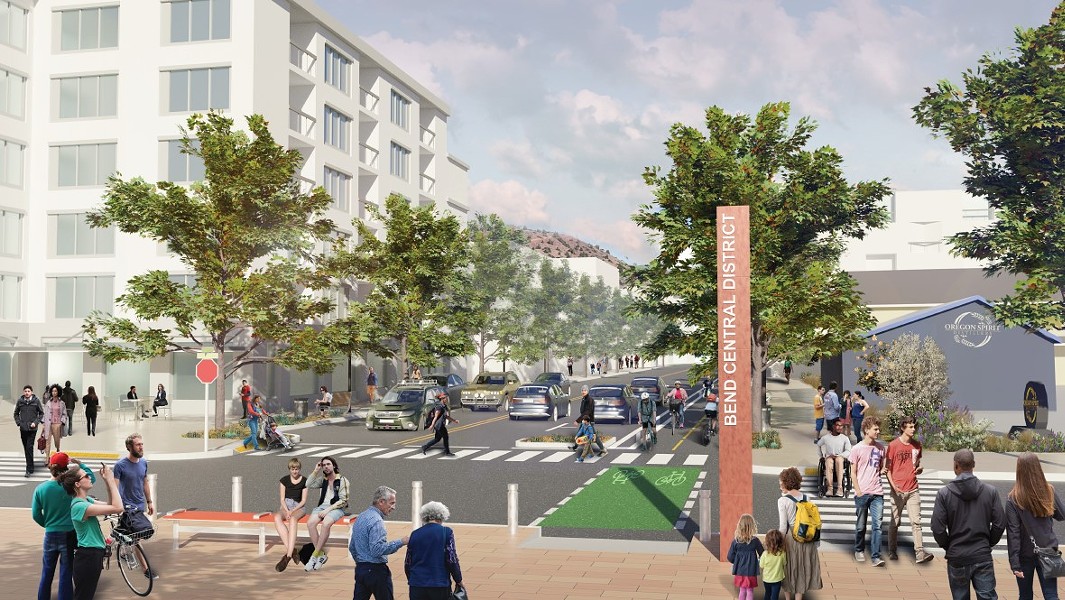 The survey provides an overview of the Core Area Project, shows the boundaries of the urban renewal district, and includes a quick explanation of tax incremental funding (aka TIF). The Source went into in some depth about TIF in last month's article on the BCD, "Big Town, Small City." The survey explains all of the benefits of a TIF along with some inspiring visuals from other cities, and renderings of what the BCD could eventually look like. It even details some proposals for creating a committee to make sure that people who live in the BCD now, as well as business owners within the district, do not get left behind or pushed out.

Rents in urban renewal areas historically rise as property becomes more valuable. This reinforces racial and economic inequality and is well documented by the Digital Scholarship Lab at the University of Richmond, which traces government-sanctioned displacement from 1955-1966 throughout the United States. Today urban renewal projects, such as the one planned in Bend, have more economically inclusive goals: 18% of TIF could go to affordable housing projects, for example, and 52% to transportation projects like a pedestrian/bicycle bridge over Hwy. 97. Some areas within the TIF allow developers to build with less onsite parking spaces, which ostensibly provides more space for housing.

Still, some groups like Central Oregon LandWatch want to "ensure investments benefit existing Bend residents and business," according to its newsletter. COLW is encouraging their members to take the survey and add comments underscoring this priority. 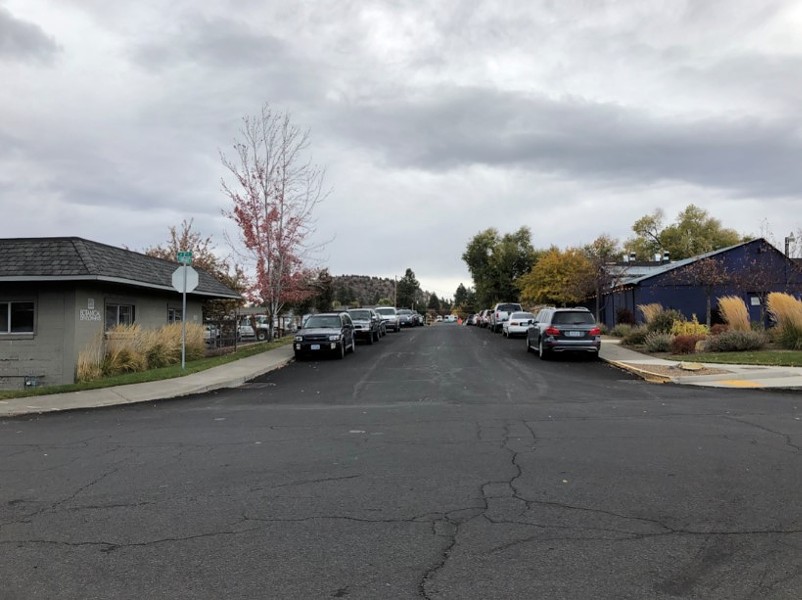 One of the recommendations by the Urban Renewal Advisory Board (tasked with establishing the parameters and policies of the new TIF) was to create another oversight board after the program begins. According to the survey, the City has an awareness of some of the potential negative consequences of an urban renewal district, and a future oversight board would:

"Create communication channels to address concerns shared by stakeholders during the CAP process regarding potential, unintended outcomes that may occur as a result of the City’s adoption of the Core Area TIF District, including:
• Rising commercial and industrial rents.
• Increases in housing prices.
• Missed opportunities to incorporate sustainable, “green” building and low impact development practices.
• Missed opportunities for community-focused activities due to a lack of community gathering spaces."

The open house is open through March 12. City staff often use comments from these kinds of surveys when they make presentations on policy changes to City Council, so they are read and taken into account. Let the City know your opinions on housing, equality, inclusivity, transportation and any other questions or concerns you have about a new urban renewal district in the heart of Bend.