Beacon to the Backcountry 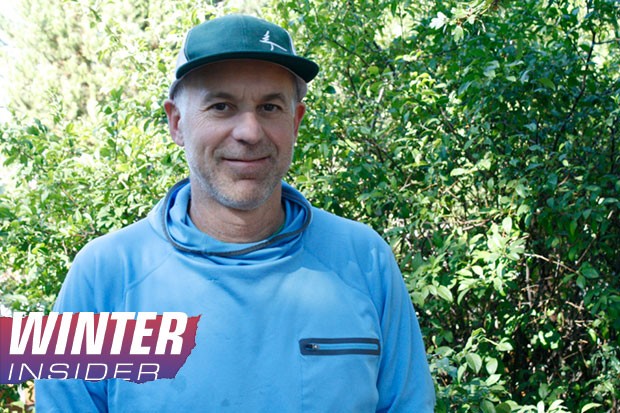 When I meet Pete Keane in the office of Timberline Mountain Guides, he's pretty clear he doesn't necessarily want to be there.

I don't take it personally, though, because really, what human can compete with the grace and solitude of the mountains?

"I like being out with people and instructing them and being out in the mountains much more than this, being right here at this table," Keane says, when I ask him about why he does what he does.

"I like the aerobic workout," Keane says. "I love going to the hill, too, and riding lifts and stuff, but (backcountry skiing), it's more rewarding, it's more adventurous."

Keane is director of TMG, based in a cottage on the west side of Bend. He's a member of the instructor pool of the American Mountain Guides Association, the only certification of its kind recognized internationally. The AMGA Mountain Guide certification includes three disciplines: rock climbing, skiing and Alpine mountaineering. As the AMGA states on its website, it's "the highest level of credential attainable by a professional mountain guide, and is an achievement recognized in more than 20 International Federation of Mountain Guides Associations (IFMGA) member countries."

Having the credential under his belt allows Keane to travel to other countries and legally guide people on ski tours and backcountry excursions—but it's not required around these parts.


"Culturally, in America, we're sort of a self-made country. Like, Home Depot, do it yourself – everything is do-it-yourself in America, so I think people are a little bit more tentative to use guides because of their egos." —Pete Keane tweet this

"In the United States you can just say you're a guide," Keane says. "You can just hang your sign up and just say it. People should know more that that's the case. And most people we talk to assume that they (guides) have had some training to say that, but you don't have to."

Keane hung his own sign up when he moved from New Hampshire to Bend in 1989 and started guiding. He became part owner of TMG in 2000. In 2004, he started going through the process to become an AMGA-certified American Mountain Guide. Summertime finds Keane leading courses and excursions in rock climbing around Smith Rock, with stints climbing elsewhere. This summer, that included a trip to Wyoming's Teton Range. In winter and spring, he's all over the place.

"In the spring I work for a friend's company in Washington and Italy and Switzerland, usually, hut-to-hut ski touring in the Alps. And I'm hoping to go to Japan this winter to guide there," he says.

While he might have been slightly joking when he said he didn't want to be sitting at that table telling me his story, he does admit that the administration side of the business takes up more of his time these days. Still, Keane estimates he spends anywhere from 120 to 150 days a year skiing. He's passionate about taking people out of their comfort zones, doing things they wouldn't normally do. Doing that with a guide, however, is not always second nature for Americans, Keane says.

"Culturally, in America, we're sort of a self-made country. Like, Home Depot, do it yourself – everything is do-it-yourself in America, so I think people are a little bit more tentative to use guides because of their egos," Keane said. "That's not present in other countries, especially in Europe, for instance, and so that can be difficult, you know; the person's ski-ego. I think I heard a quote that says, 'there's no room in the average American male's ego for a ski guide.'"

With so many risk factors present in backcountry touring, having a guide has a host of benefits. For the beginner, the benefits include learning when, how and where you can go on any particular day—in addition to what to wear, how to use Alpine touring gear and how to spot potential avalanches. More experienced backcountry enthusiasts also come his way, for other reasons.

As a general rule, Keane recommends people progress from resort skiing to the backcountry by first practicing some off-piste skiing, then attending a backcountry skiing event and doing some touring with someone with experience before moving on to taking a course, such as the Level 1 course offered by the American Institute for Avalanche Research and Education.

That's a lot to take on, in the name of a little snowbound solitude, but for those who are stoked on all things winter, Keane believes it's worth it.

"I would encourage people to try it if they want to see another side of the whole ski industry that's really cool and adventurous," Keane said, "and if they're physically fit and up for learning a few new skills, it's a great way to exercise as well as have fun and have an adventure."