Because We Got High | Film | Bend | The Source Weekly - Bend, Oregon

Because We Got High 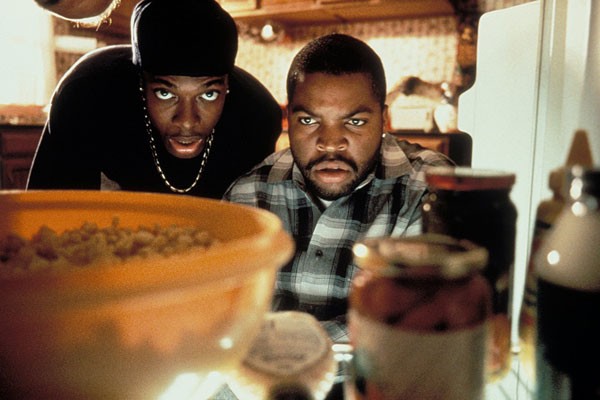 There's a lot going on during 4/20. Obviously, it's the day we celebrate all things marijuana, but it's also the anniversary of the date of the first known performance of "Macbeth," the day the NFL legalized coaching from the bench, the Columbine High School massacre and my dad's birthday (Happy Birthday, David!)

There's a ton more that's happened on April 20 throughout history, but what we really care about is the weed. Here are a few of my favorite stoner movies that you can watch to celebrate the day that aren't the typical fare like "Super Troopers," "Half Baked" or "The Big Lebowski." Although, any of those are pretty great choices.

Judging from the proliferation of the use of "Bye, Felicia" over the last few years, "Friday" might be an easy choice, but I don't care. There is not now, nor will there ever be a greater stoner movie than "Friday." No argument or rebuttals. The beautiful feeling of it being a Friday afternoon with nothing to do but smoke and people watch is timeless and this movie only gets funnier as the years go by. There's never a bad time to watch "Friday," but 4/20 makes it just a little bit sweeter.

Classic line: "He gonna cry in the car."

The stoner is usually just the comic relief in horror movies, until they get killed and the audience is sad for 30 seconds. "The Cabin in the Woods" inverts that trope by not only making the stoner the smartest character in the movie, but by making him heroic. He makes some silly choices, but ultimately is the strongest character in the movie. That helps with stoner morale, I think. Plus, it's a great movie.

Classic line: "Cops will never pull over a man with a huge bong in his car. Why? They fear this man. They know he sees further than they... and he will bind them... with ancient logics."

I know Adam Sandler hasn't made a great comedy in a while, but I think he might still have one more "Billy Madison" left in him. I've never seen this sober, so I can't say that it's a good movie, but watching a grown-ass man go back to elementary and middle school delights my entire stoned self. C'mon Sandler, you've got another comedy classic left in you. You can do eeet!

Set during the last day of summer camp in 1981, "Wet Hot American Summer" takes a cast featuring Paul Rudd, Janeane Garofalo, Amy Poehler, Bradley Cooper, Elizabeth Banks and about a dozen more wonderful comic voices and forces them to be as silly as possible. Mostly improvised, the film bounces between farce, satire and dick jokes with a surprising ease and is easily one of the most quotable comedies of all time. Plus, it has H. Jon Benjamin, the voice of Archer, playing a can of vegetables.