Beer Fest on the Lake

The Suttle Lodge and Boathouse hosted its first Winter Beer Fest last weekend, donating a portion of its sales to Oregon Adaptive Sports. Brewers from Central Oregon, Portland, McMinnville, Hood River and throughout the Pacific Northwest came together to pour a few signature and specialty brews. Five rustic cabins set along a wooded acre of the lodge's property each hosted a pair of local breweries offering pours of beer. 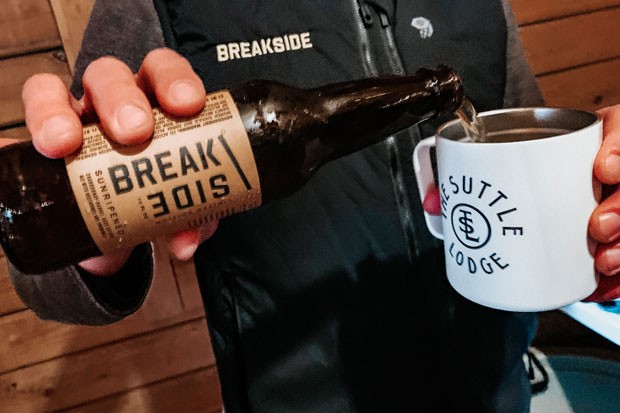 Smoky Traeger grills warmed up spiced nuts, pub pretzels and bratwurst on each of the cabins' decks for a symphonic pairing of snacks and beer. String lights strung from cabin to cabin softly lit up the moody setting. Festival goers kept warm between tastings by gathering around bonfires that raged throughout each day and into nightfall.

Amongst the local breweries were Boss Rambler and Good Life, which joined forces to deliver a red IPA, BossLife. The collaboration brew is a juicy red IPA brewed with Galaxy and Amarillo hops, with fresh-picked spruce from Suttle Lake. 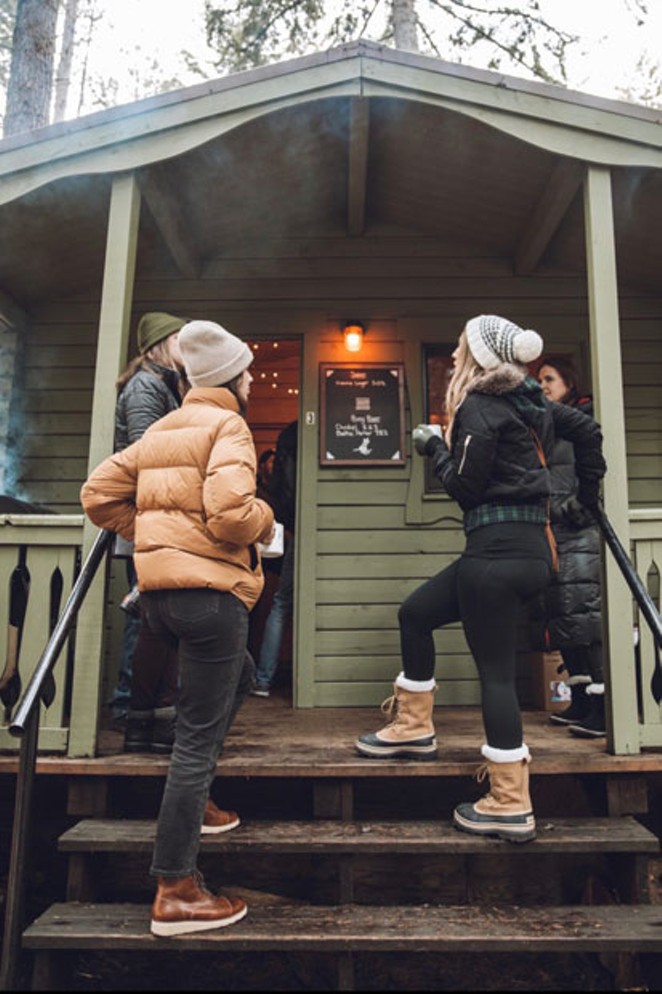 It only seemed fair to sample a bit of each brew, but a few favorites had me going back for seconds (and possibly thirds). The Pear Barrel Aged from Everybody's Brewing of White Salmon, Washington, was everything it promised it would be. Notes of caramelized pear, brown sugar and vanilla ice cream emerged from the English dark ale—aged for over a year in Clear Creek Water Pear brandy barrels.

But it was Portland's Breakside Brewery that took the proverbial cake of the festival. I'm not much of a chardonnay aficionado, but the Sun Ripened Chardonnay golden ale was a hit. It begins as a tart golden ale which is then wood-aged in California chardonnay barrels for more than six months. Upon completion, the brewers add fresh white nectarines and chamomile flowers to infuse the fruity and slightly smoky ale. What was originally intended as a barrel-aged ale drinkable during the summer has now become a wintry favorite for sipping while bundled up around a campfire. Think sour ale masquerading as a barrel-aged cocktail that's drinkable year-round.

OAS provides outdoor recreational experiences for individuals with disabilities intended to build self-esteem and independence for its participants. For more information on how you can help the nonprofit, Oregon Adaptive Sports, visit oregonadaptivesports.org