It's been a tough year for some craft brewers, but breweries are still contributing to the economy

In the last year, Oregonians have lost a few heritage craft breweries.

Portland's BridgePort Brewing closed after 35 years. Both Portland Brewing and Widmer Brothers closed their brewpubs. In Central Oregon, RiverBend Brewing also closed its brewpub, and Smith Rock Brewing shuttered its doors—but these losses were offset by growth, and according to industry insiders, beer is still flowing and contributing billions into the U.S. economy. 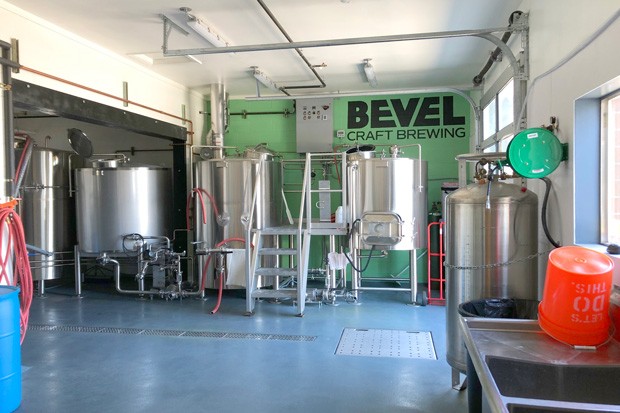 The Oregon Brewers Guild listed 24 breweries in Bend and 33 in Central Oregon as of June 2018—but since that time, Boss Rambler Beer Club and Bevel Craft Brewing have opened in Bend. Redmond has seen new breweries including Initiative Brewing, Geist Beerworks and Porter Brewing opening up—and even Madras has gotten into the brewery scene, with Madras Brewing Co. opening its doors this spring on Southwest Fourth Street.

Pro disc golfer Valarie Doss, along with her husband, Nate Doss, started Bevel Craft Brewing, which opened this spring in the 9th Street Village near the corner of Northeast Wilson Avenue and Northeast Ninth Street. Bevel is a small brewery—operating on a seven-barrel system, which can run double batches. As a comparison, Deschutes Brewing could output 50-barrel batches before its expansion in 2012 to 105,000 barrels.

Doss said they decided to come to Bend because they wanted to be in a place where people love craft beer. They put the brewery on the east side of town so it could be like a "local bar" where people could come for lunch and a great pint of beer.

"We want to maintain that local vibe and support the local events that are happening," Doss said.

This May, Beer Serves America released its 2018 study on the U.S. beer industry's economic contribution. According to the report, the beer industry contributed $328 billion in economic output—equal to 1.6% of the U.S. gross domestic product. Beer's production and distribution reaches 514 of the 536 sectors of the U.S. economy.

"The beauty of beer is that it's wide ranging...You have working-man's beer and $400-a-plate dinner beers and everything in between." —Zach Beckwith tweet this

In Oregon, the brewing industry employed roughly 31,000 people in 2016, according to a 2017 report from the Oregon Brewers Guild.

The beer industry creates 2.1 million jobs nationwide, including 912,000 retail jobs and 141,600 distribution jobs, according to the Beer Serves America report.

In Oregon, where craft breweries reign supreme, beer's economic input was about $2 million in 2018, according to information from the Oregon Brewers Guild. The 284 Oregon breweries—at the time of the report—produced over 1 million barrels of craft beer, or 9.9 gallons of beer per person of legal drinking age.

Not only does beer create jobs, but it brings in visitors, as well. The Oregon Brewers Guild report said that about 370,000 people visited an Oregon brewery or brewpub on a weekly basis in 2016, or about 19 million total visitors during the year.

Zach Beckwith, the head brewer of Bend Brewing Company—Bend's second oldest brewery to Deschutes Brewing—said the brewing industry is a mainstay in Bend.

"The beauty of beer is that it's wide ranging," Beckwith said. "You have working-man's beer and $400-a-plate dinner beers and everything in between."

Beckwith said even though the brewery expanded its production capability, part of Bend Brewing's longevity is because deep down, it's still a brewpub first and a distributer of beer second.