Fine craft in the city that never sleeps 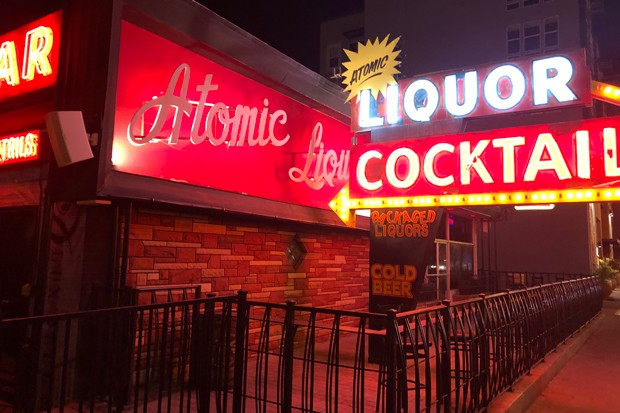 Craft beer is now so mainstream that even in downtown Las Vegas, the entertainment capital of the world, there is a barrel house.

"This city consumes more alcohol per capita than anywhere else in the world," says Corey White, general manager of Banger Brewing off of Vegas's Fremont Street Experience. "But in the past few years, a lot of local people have been working in the beer business to put this city on the map as a world-class producer as well."

Founded in 2010, Banger has a deep portfolio that suits the climate of the city. The El Heffe Jalapeño Wheat certainly pairs well with 105-degree days in the summertime, but with their Hop Culture Reference series (a line of single-hop IPAs), hop heads from the Northwest will be left perfectly satisfied. Those barrels also house a variety of interesting ales, including Mole Olé, a bourbon barrel-aged imperial porter flavored with spices to give it just that right amount of Southwestern flair.

What's it like cruising Vegas for craft beer? Apart from the fact that 22 ounces can easily cost visitors $12 along the Strip (and that's assuming the casino isn't an AB-InBev exclusive shop), it's much like any other big city in its vast selection. Some of the other highlights:

Tenaya Creek Brewery: The oldest craft outfit in the state (founded 1999), Tenaya's 702 Pale is the stuff that keeps Vegas running for beer fans, one can at a time. The Gypsy Fade tropical IPA is also a massive delight, hoppy and fruity enough to make any drinker think they're beachside.

Hop Nuts Brewing: Situated in the 18b Arts District (a wedding chapel is helpfully located nearby), Hop Nuts is almost as good for people watching as it is for its beers. The oddly-named "Ze Germans are here!" NEIPA is arguably this state's best take on the style, easily holding its own against the competition.

Atomic Liquors: The oldest freestanding bar in Las Vegas is, appropriately, visible for blocks around, thanks to its massive, garish neon. The inside is dark and dive-tastic in the best way, but the beer selection is top-notch—including selections from Deschutes and pFriem, whose Festbier is a hit with the German and Australian tourists who haunt this place.