Behind the Stainless Curtain | The Beer Issue | Bend | The Source Weekly - Bend, Oregon

Behind the Stainless Curtain

Being a brewer is often glamorized. People envision brewers sitting around, drinking beer all day long—but the reality is, being a brewer involves very little sitting, and the only beer drinking occurs when the work is done. It's a physically demanding manual labor job in hot, wet conditions, working with dangerous cleaning chemicals for long hours. It demands a working understanding of chemistry, engineering, thermal dynamics, government regulations and more. 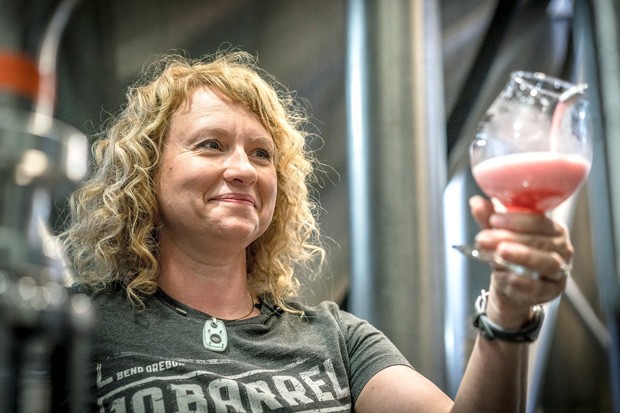 Despite the myriad intricacies of the job and diverse philosophies and techniques brewers employ, more often than not we're asked the same few questions year after year:

"What are you working on next?"

"Can you load that keg you're moving into my car? (haha)"

Brewers have been conditioned to chuckle and smile kindly to these questions while giving a stock answer they've rehearsed. In honor of the Source's annual beer issue, I spoke with three local, veteran brewers to get answers to a few questions that don't get asked.

Describe the BEST part of your day.

Pat Shea (Senior brewer for Three Creeks Brewing, 23-year industry veteran, mayoral candidate for the City of Sisters, garage bar publican): When the kitchen puts out the daily bacon to cool. It's my mid-morning snack. 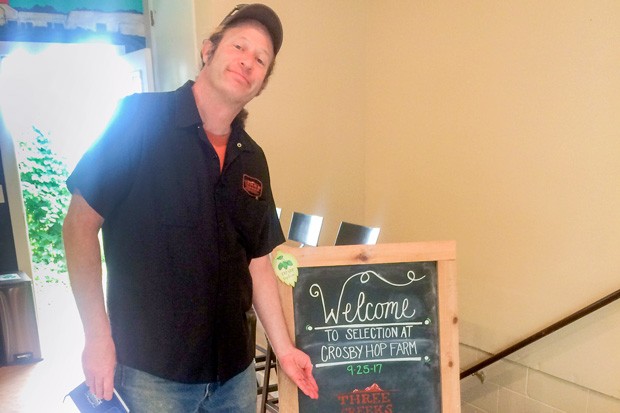 Describe the WORST part of your day.

Tyler West: Carrying all that free, heavy beer to my truck and having to unload it all by myself when I get home!

Tonya Cornett: Because 10 Barrel has grown so quickly, communication has become difficult. What used to be an email or a casual conversation with one person has become an e-mail to five or more people. The added paperwork and layers of communication can be frustrating at times.

Pat Shea: Lifting kegs. They don't get lighter as you get older.

Pants tucked into your boots, or over the boots?

Tonya Cornett: I know they should always be outside of your boots for safety, but I hate wet pants. I'm very cautious when I work because I know it will completely be my fault if my boot fills with hot water.

Tyler West: Over the boots—come on man, you don't want a brewing mistake to end up in your socks! 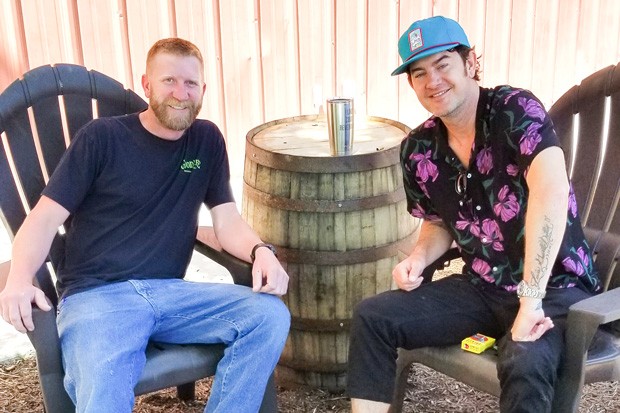 What's your favorite base malt and why?

Tonya Cornett: Lately I am loving Weyermann Floor Malted Pilsner. It's a softer version of pilsner malt with less astringency and grassy/hay characteristics.

Tyler West: German Pilsner, because of the unique flavor qualities, crisp and refreshing.

What beer have you made that you loved but didn't sell?

Tyler West: I made a Smoked Helles One Time, and people either loved or hated it. Though it was a well-made beer for the style, most people hated it!

Tonya Cornett: Spiral Staircase is a beer I thought about for at least three years. It's based off of Lovely, a cherry Baltic porter that I brewed at Bend Brewing Company. The idea was to take this beer I loved to the next level. I'm planning on brewing it again this fall because I love the rich dessert quality and the depth of chocolate and cherry flavors. I have had a few beer aficionados tell me it may possibly be the best beer they have ever had and that makes me incredibly happy.

Pat Shea: Ridgetrail ESB was great for the style but didn't sell, probably because of the word "bitter" in the name.