At the Bend Area Habitat for Humanity Build It! Breakfast, Executive Director Scott Rohrer told business leaders in the region, “There is a crisis in affordable housing in Bend.”  Rohrer went on to tell the audience that the average median income in Bend has gone down for the last four years in a row while housing costs have
skyrocketed.  “Four years ago lots that were on the market for $24,000 are now listed at $80,000,” he said.  The city of Bend’s Affordable Housing Manager, Jim Long told the audience that new housing often costs upwards of
$400 thousand dollars making it un-affordable for the typical family of four in Bend.  The median income for a family of four in Bend is $58,400 annually.  Both Rohrer and Long underscored the need for more high density housing in Bend where an average sized lot could accommodate 2 or even 3 connecting town homes.  The Source Weekly is exploring the growing interest in tiny homes, micro homes, and other solutions to the skyrocketing price of housing in upcoming issues. 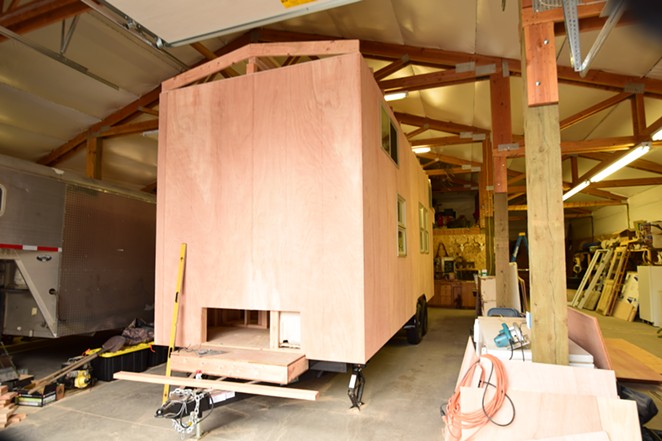