September 22, 2016
comment
It's been a long time coming, but on September 21, the Bend city council inked the final approval for the city's Urban Growth Boundary plan. City teams spent two years studying data and gathering input from the public to revamp the original plan, rejected by state officials in 2010. 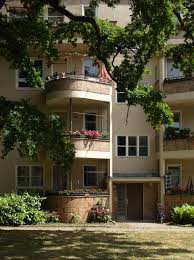 The approved new version includes 2,300 acres, with pieces in all quadrants of the city. The plan includes putting four- to six-story mixed-use buildings near the city core, as well as focusing on multi-family housing to ease Bend's affordable housing crisis.

"This is a big step forward for Bend,” says city councilor Victor Chudowsky. “The UGB plan outlines how the City will grow, and it will grow in a good direction - one that preserves open space, creates walkable communities, and provides for extensive redevelopment in nine key opportunity areas within the current boundary. The City staff as well as many volunteers in the community deserve massive praise for making this all happen."

Next up, Deschutes County commissioners will work through land use planning before sending the final UGB proposal to the state's Department of Land Conservation and Development for review.